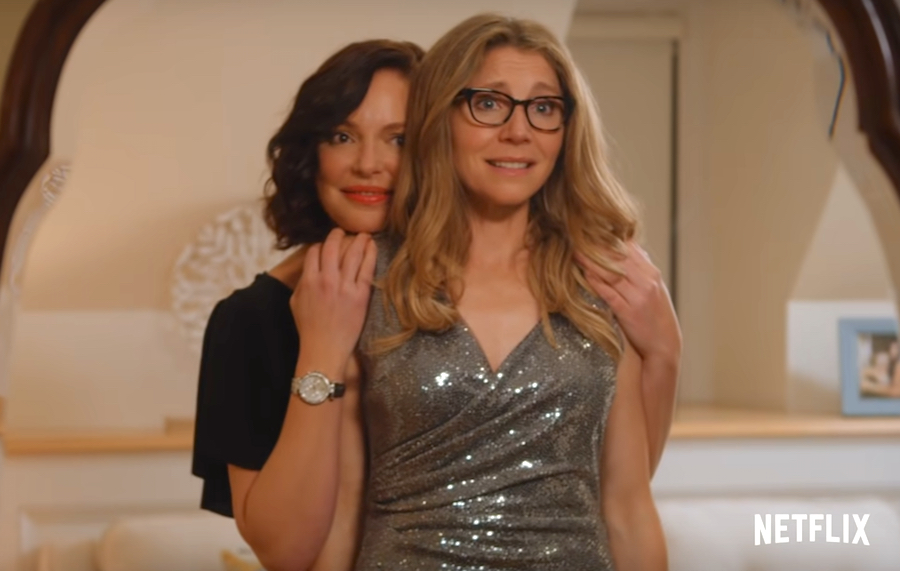 I finished watching ‘Firefly Lane’ on Netflix almost as quickly as I started; a drama about two best friends working in journalism takes a look at their life, and a refreshing look at friendship, growing up, careers, and womanhood that is more candid and authentic than most other shows like it.

The show centers around Tully and Kate, who grow up across the street from one another on Firefly Lane in the 1970s. Through a series of flashbacks in their modern-day lives (well, about 2004, so as modern as that is compared to 2021) as well as their childhood and working together for a news station in Seattle in the 1980s and their time dorming together in college prior to that, we get a very back-and-forth storyline that reveals all the layers of these women and their friendship.

The first season is 10 episodes, about an hour each, navigating the ups and downs of these women's lives and their friendship over 30 years. Tully has made it big as a TV personality, and Kate has married their old boss from the TV station in Seattle, who now works as Tully’s producer. They have a 14-year-old daughter together, and an upcoming divorce – things are not as perfect as they seem on the outside for these two, something we learn the hard way as the season goes on.

Katherine Heigl and Sarah Chalkeplay Tully and Kate, respectively, roles they deliver with such grace and authenticity that you’d think these characters were made for them. Without giving away too much, their friendship is tested time and time again over the years, from traumatic events and issues with their parents, to breaking and reforming trust and romantic entanglements.

Unlike many female-led shows, "Firefly Lane" delivers this narrative with a very uplifting picture of these two inseparable friends – there is little jealousy or drama between the women besides the expected hiccups that come with a 30+ year friendship.

Netflix hasn’t announced a release date, or even that it will be releasing a second season yet, but we can hope. There are also many details from Katherine Hannah's book, on which "Firefly Lane" is based, that have been left out. But we might have to be patient in getting more on that, especially if we want a second season as beautiful and tumultuous as the first one.

But, as Tully often says, “Firefly Lane girls forever!” – and their resilience tells us that they’ll be back.