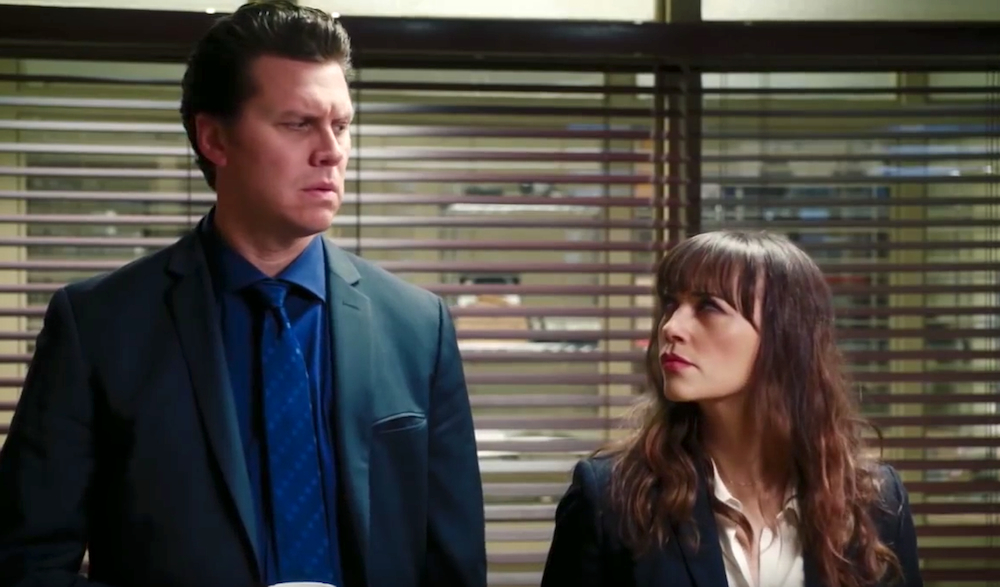 If you haven’t heard, the hilarious Steve Carell and his also-hilarious wife Nancy Carell have created a new show on TBS, “Angie Tribeca”, a satirical insight into police procedurals that follows an LAPD detective known as (you guessed it) Angie Tribeca. Steve (who just received a star on the Hollywood Walk of Fame -- wait a way to start 2016!) and Nancy are calling it “spoof-tastic”, and indeed it does remind us a lot of classic parodies, like the old Naked Gun movies (which were themselves based on a short-lived 1982 satirical TV series called "Police Squad!").

The show actually premiered last year at SXSW and stars Rashida Jones as Angie. Who could soon forget that Steve and Rashida starred alongside one another on “The Office”? CLASSIC! The show also stars Hayes MacArthur,Jere Burns, Deon Cole, and Andree Vermeulen, in addition to some increcible guest appearances from the likes of Lisa Kurdow and Gary Cole in the pilot.

The show premieres Sunday, January 17, and will run for an entire 25 hours straight. Yeah, you heard me -- you can LITERALLY watch the entire 10-episode season back to back. On TV! Did we mention that it’s also commercial free? Amazing! But wait, there's more! Starting on Monday, January 25, another 10 episodes will be released, but on a standard weekly basis. Its normal night will be Mondays at 9:00pm. You know you want to check that out! #BingeAThon