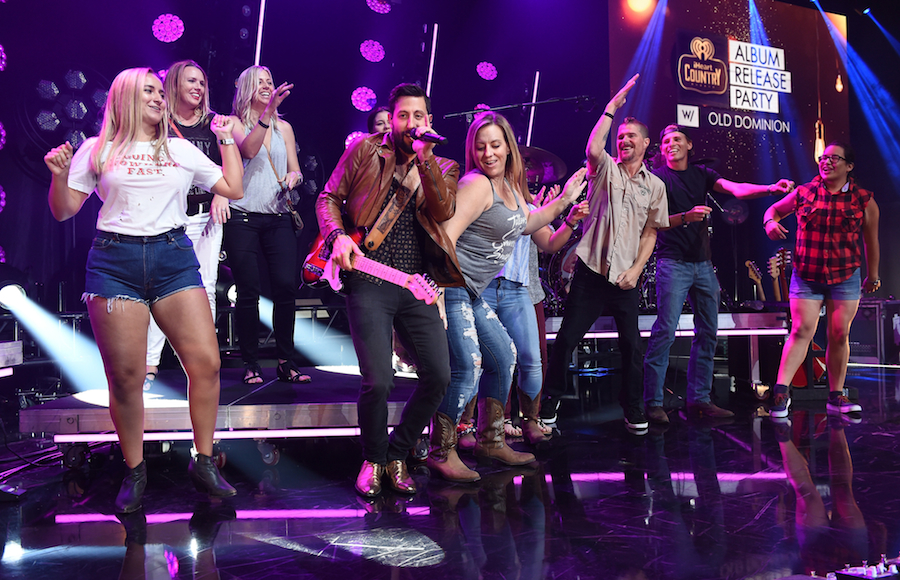 Old Dominion released their highly-anticipated new albumHappy Endings a few weeks ago, and to celebrate the occasion, they threw an epic iHeart Country Album Release Party over the weekend! Not only did they perform some of their new songs, such as “Still Writing Songs About You”, “No Such Thing as a Broken Heart”, and “Be With Me”, but they also revealed some interesting tidbits while chatting with CMT and iHeartRadio hostCody Alan, where we were able to gain some valuable insight into what inspired some of the most popular songs on their new album.

According to lead singer Matthew Ramsey, “No Such Thing as a Broken Heart” came about when the band wanted to create a classic party song that was deeper than just simply trying to chat up a girl. He also revealed some sentimental backstories about the song “Not Everything’s About You”, which was co-written byAndrew Dorff, a good friend of the band who recently passed away. This no doubt adds major emotional value to the song itself.

Old Dominion said they were able to experience a lot by touring withKenny Chesney and later with Miranda Lambert, both of whom have entirely different approaches to touring and were able to pass down a lot of wisdom to Old Dominion when it comes to engaging with fans and general tips concerning tour life.

Old Dominion is not all about the glitz and glamour of major tours, though, as they announced that they would be doing a dive bar tour to give back to the salt-of-the-earth fans who initially made them successful. As for future plans, the band, who have also extensively written for other artists, said it would be a dream come true if Keith Urban or George Strait were to perform a song written by them. We anxiously await those collabos!

Check out the live stream of the show below and keep an eye out for their appearance in our next episode of "Backstage Diaries"!