Hailee Steinfeld Says It's Okay To Be Like "Most Girls" In New Music Video! 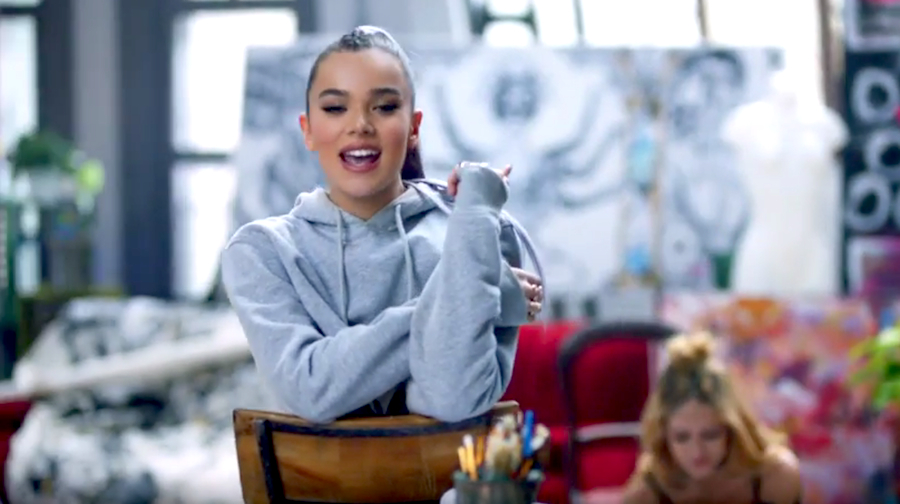 Over the last few decades or so, we as lady-persons have gotten this idea in our heads that it’s preferable to be “not like the other girls”, especially where menfolk are concerned. Finally, someone sat up and realized that statements like that actually inadvertently pit girls against each other, encouraging them to shirk what those “other girls” like or are doing and try to stand out by catering to what boys value rather than what they value in themselves. No bueno.

Indeed, for a while there, we were being bombarded with the message that a “strong woman” is only as worthy as how masculine she can be. Girls who like traditionally girly things and/or choose to live a life of compassion and kindness are seen as weak and stupid; girls should strive to be more aggressive, assertive, and martial! Which is how we got all these swathes of historically-inspired movies like King Arthur, Snow White & The Huntsman, and Brave where the female heroines need to become actual physical warriors like their male counterparts in order to seem “interesting” or “useful”. There’s this idea that women in olden times who exercised “traditional” feminine pursuits were somehow passive and subservient. Hm, don’t tell that to Cleopatra or Elizabeth I! Neither woman was a warrior but they knew how to draw on their wits, intellect, and femininity to kick butt in other ways. How is that less valuable than a bow-and-arrow-wielding Guinevere? Why is “girl power” only limited to masculine aggressiveness and violence?

As a matter of fact, neither is “wrong”. What counts is a woman having the space to be who she wants to be. Growing up, I was taught that in order to be a real “progressive” woman, I needed to pursue a career and be completely independent! Buck the system! Fight the Patriarchy! But honestly, what’s wrong with a woman who just wants to get married and have kids? If that’s her heart’s desire, why does that make her less of a “strong woman”? Any girl who pursues her dream, no matter what it may be, is a strong woman in my book.

Anyway, my long-winded point above leads me to Hailee Steinfeld’s new music video for her song “Most Girls”, which puts the kibosh on the whole “not like the other girls” nonsense. In the clip, she portrays several different personas, illustrating that, in actuality, every girl is different but we’re all united in our desire to be accepted for who WE want to be. That is how you truly buck the system.

Check out the video below for some ACTUAL “girl power”!