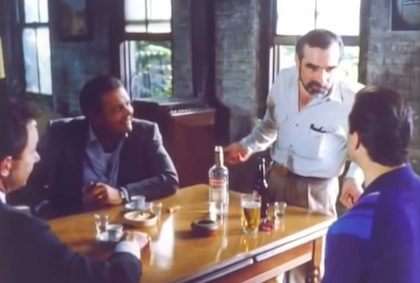 Happy Belated Birthday to Martin Scorsese! The master director, who turned 72 yesterday, is the man behind Academy Award-winning films like Raging Bull, Taxi Driver, and Goodfellas. No big deal, right? In honor of one of the greatest filmmakers alive, a fun little video just got uploaded for free viewing onto YouTube all about the making of Goodfellas entitled "Goodfellas: The Making of a Classic".

Goodfellas the film was based on the story of mobster and frequent Howard Stern guest, the late Henry Hill, played by Ray Liotta. Other real-life mafiosos whose names were changed for the film include Tommy DeSimone (name changed to Tommy DeVito, played by Joe Pesci in an Oscar-winning performance) and James Burke (born and named in the film as James Conway) played by Robert DeNiro. The film also features many actors later seen on “The Sopranos” and has a similar vibe of romanticizing certain aspects of the mafia lifestyle. Before taking a look at the documentary, let’s take a look at quite possibly the best part of Goodfellas, the now-iconic one-take opening scene:

Any fan of Goodfellas is going to love seeing the making-of documentary. It has interviews from the cast, other people working behind the scenes with Scorsese, and, of course, Scorsese himself. You learn about the film’s conception during the making of another Scorsese classic, The Color of Money. They even discuss the beginning of the film and the choice to not just show the rise and fall of Henry Hill in a typical straight-forward way, but to drop you into the world in the middle of everything to set up what you will see, as well as the overall tone of the film.

Other story discussions are about why they chose Hill as the focal point. While DeNiro and Pesci play great characters, they aren’t people you can latch onto like you can with Liotta as Hill. It’s believable that the man would end his mob career the way he does. The other two... not so much. But that’s what also helps when telling a true story. The documentary jam packs quite a bit in their 29-minute-and-39-second-runtime, so it’s much less time consuming to check out than Goodfellas with its two-and-half-hour runtime. Watch "Goodfellas: The Making of a Classic" for yourself below and celebrate Scorsese’s birthday in the best possible way.