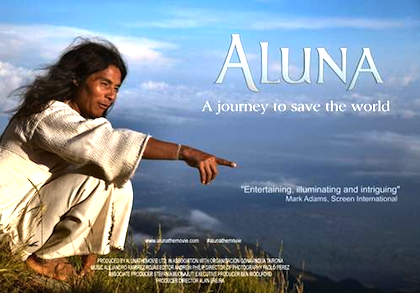 One of the incredible things about being an artist is the ability and the opportunity to tell your own story. No two stories are exactly alike, which is what makes us all so unique -- and for many artists, it’s this opportunity to tell their story that drives them to their craft in the first place.

The Annual Garifuna Film Festival (which is now in its fourth year) gives artists of Indigenous backgrounds the chance to tell their story. This year’s festival will be held in Venice, CA, from May 22 to May 25 (the 25th will be a particularly remarkable day, as May 25th was recently deemed official “Garifuna Film Day” in the state of California). Every year, the festival has grown, and it now attracts attention from numerous international artists, musicians, and filmmakers. The festival focuses on creating a sense of unity and hope among conflicting cultures.

A number of films will be shown at the festival, including the following:

- We Still Live Here, a moving film about the Wampanoog people and how they reclaimed their language

- Revolutionary Medicine, which tells the tale of the very first Garifuna hospital ever built

- Language Matters, discussing the growing disappearance of languages, and what exactly it takes to save a language

- Persistence of Vision, focusing on the making of the animated film, The Princess and the Cobbler, which began production in the 1960s and ended in the 1990s. Alas, the film was never completed.

In addition to the films being shown, the Danza Temachtia Quetzalcoatl, the resident Aztec dance group for Tia Chucha’s Centro in the North East San Fernando Valley, will perform.

For more information on the 4th Annual Garifuna Film Festival, visit their website.