Express Your Dino-Love During #JurassicJune to Celebrate Opening of 'Jurassic World: Fallen Kingdom'! 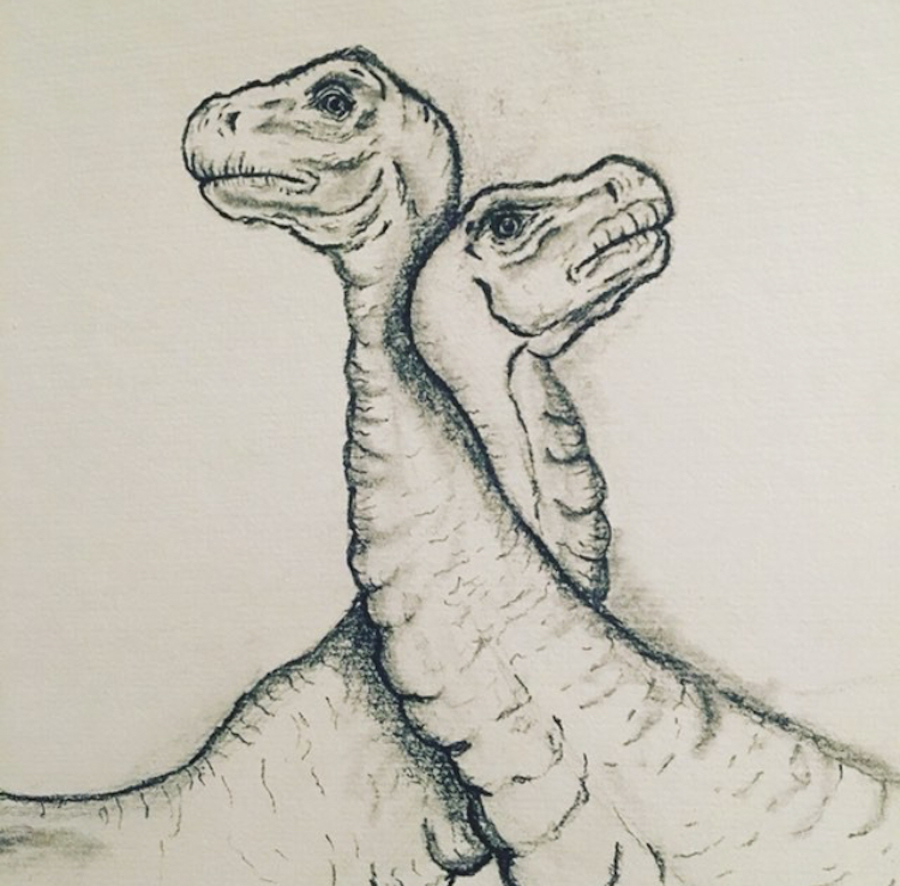 Everyone loves dinosaurs! Except for the meteorite, volcanic eruption, and poisonous flowers that are theorized to have wiped them off of the planet. In celebration of our extinct friends and the release of Jurassic World: Fallen Kingdom later this month, artists everywhere are observing #JurassicJune by uploading one dinosaur sketch or other artwork per day. Despite the fact that we can’t guarantee that they looked like the ones in the movies, we at least have a general idea, and you can add feathers to yours if you’re so inclined. The name "dinosaur" translates to “fearfully-great lizard”, and since we can no longer fear them because humans never got the chance to coexist with the majestic beauties, we just think they’re great. 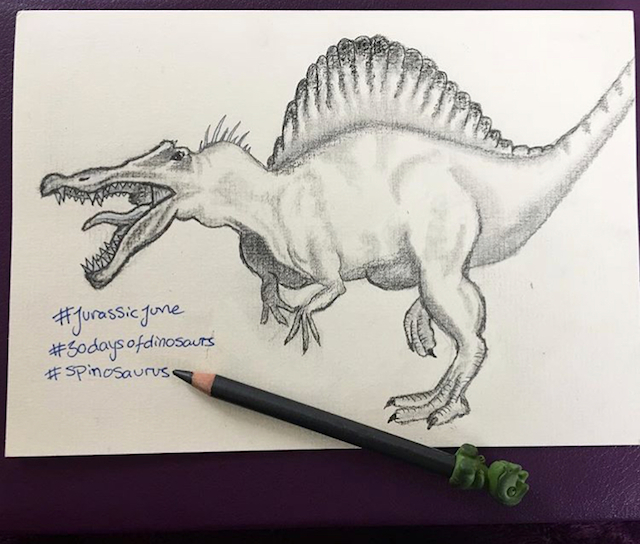 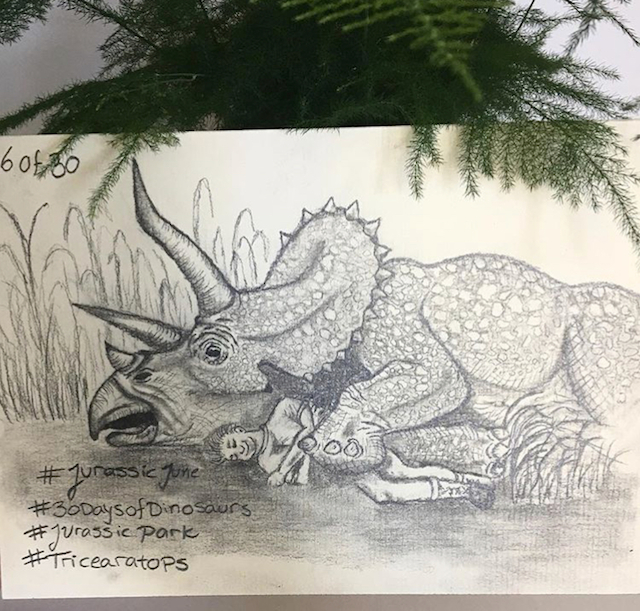 Dinosaurs thrived on the Earth for a longer period of time than any other land animal, proving their resilience. They had a unique metabolism that could transform over their lifetime, combining warm-bloodedness with that metabolic change to allow for easier adaptation. Films like Jurassic Park might have switched up some dino facts, but it’s still amazing to have a general feel of what spending time with them would be like (even if they chased after you for a meal). The heaviest dinosaur, named the Argentinosaurus, weighed around an incredible 77 tons, so it’s probably best to admire from afar, or risk getting squashed.

This month offers the exciting release of the latest dinosaur-driven film, Jurassic World: Fallen Kingdom. The film is aiming to reach the billion dollar mark globally, similarly to the first Jurassic World, which grossed $1.67 billion! While several other countries will be watching the film in a matter of days, the U.S. will have to wait for June 22. In line with this, the recent release of the app Jurassic World: Alive has allowed users to search for and create their own dinosaurs. The format is similar to Pokémon GO, as users walk around various areas in search of new friends, but instead of capturing them, players must gather DNA in order to clone the dinos. It also takes some adjusting to align your drone within range to collect the DNA, but it is a fun (and timed) challenge.

Our fascination with dinosaurs has been growing for years, as paleontologists around the world continue to discover the incredible fossils that were left behind. While dinosaurs are typically thought of as massive, most were the same size as humans, but large bones were more easily preserved. If you’re in Los Angeles, the National History Museum showcases a stunning array of bones and facts that will leave you feeling closer to the huge creatures. They offer free entry on the first Tuesday of every month except in July and August, and allow L.A. County residents in free of charge from 3-5 p.m. on Monday thru Friday with valid ID!

The Jurassic Park series initially began with the release of Michael Crichton’s 1990 novel, which was then adapted for the screen in 1993 with director Steven Speilberg’s blockbuster film of the same name. The franchise eventually transformed into what it is today, and now has sections of Universal Studios theme parks dedicated to it. Animatronic dinosaurs fill the rides, ensuring that guests truly feel as if they are inside a world where dinosaurs have been recreated. The only question in this is why the scientists in the franchise would ever want to bring back the dangerous carnivores! The Tyrannosaurus Rex might be a stunner, but it’s probably best left in the era from which it came.

Although the month has already begun, it’s not too late to start participating in #JurassicJune on social media! Take the opportunity to work on your dinosaur masterpieces, and appreciate the once great rulers of the Earth that dominated for over 165 million years.