What You Need To Know To Get Pumped For The "High School Musical" Series! 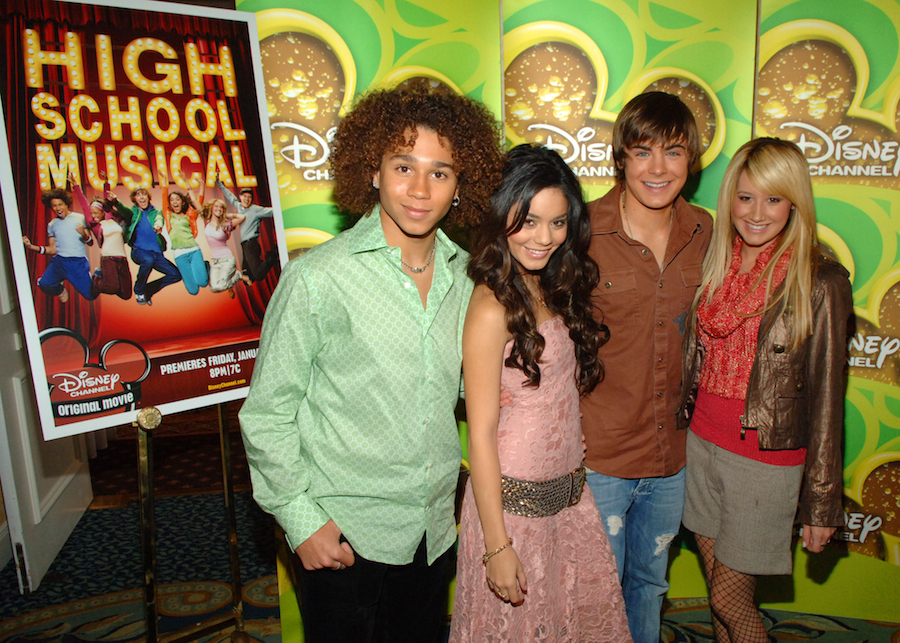 The casting process has begun for the a new, 10-episode docu-style HSM series for Disney's upcoming direct-to-consumer streaming service. Docu-style… does that mean this is gonna be like “The Office”? A “Parks and Rec” vibe maybe?

The show is titled “High School Musical: The Musical” and supposedly will follow a group East High students putting on a winter production of -- wait for it -- High School Musical. Wait, what? Of course, like the trilogy, drama will happen both on and off stage between this group of high schoolers.

It seems that our main characters in this series will each be unique and original, perhaps with a little dash of personality from each of your favorite characters from the original movies.

As of right now, DEVASTATINGLY, it doesn't seem like well get any appearances from your original East High favorites. So no, we don’t think we’ll see Troy, Gabriella, Sharpay, and the whole gang. C’mon guys, what happened to “We’re All in This Together”?? Tragic.

According to Disney, each episode of the new series will feature a rendition of one of the songs from High School Musical (yay!!). Additionally, the show will also debut it’s own original songs.

Here are some descriptions of our new characters:

RICKY: A snarky sweetheart, a B-minus student, and our star. Ricky's been dating fellow junior Nini for a year. When she unexpectedly breaks up with Ricky, he launches a bold plan to get Nini back -- by auditioning to star opposite her in the school's production of High School Musical. Ricky's class-clowning covers a deep fear that he's not actually great at anything, except coasting by on charm. Constantly attempting get-rich-quick schemes with best friend and fellow skater Big Red. Stays up too late binging GoPro stunt videos on YouTube. Voted "Most likely to sleep through his alarm."

NINI: The other star. Formerly relegated to the chorus of her school's musicals, Nini just got back from summer camp, where she found her voice -- and confidence -- playing the lead in The Music Man. Unfortunately, Nini also found a new boyfriend at camp. Drama. Fiercely loyal to her two moms, she’s stronger than she first appears: an iron butterfly. Never misses “American Idol” and “The Voice” (only after doing her homework, natch) and takes hour-long showers to sing Ariana Grande’s entire catalogue. Voted "Most likely to have a Hamilton lyric as her senior quote."

E.J.: Nini's new love interest, the type of ambitious entrepre-nerd who brings homemade props to auditions. Don’t cross E.J. if you get something he wants -- like a starring role, opposite "his" girl Nini. The son of two high-powered corporate attorneys, E.J. is supremely confident but secretly prone to anxiety attacks when anything goes off-plan. A future producer more than an actor, E.J. calls the Steve Jobs biography his “bible” and keeps a copy on his nightstand. Voted "Most likely to report another student for cheating on a test."

ASHLYN: Brash and gutsy, Ashlyn’s mouthy attitude covers “new kid” self-doubt. A slightly woo-woo horoscope reader, she's finding her place in the school hierarchy. Or trying to. (It helps that her cousin E.J. is a senior.) Worships Sara Bareilles and is an aspiring songwriter on the sly. Can't wait till she's old enough to vote, and she’ll march and protest in the meantime. Whether she’s cast in the musical or not, she’s got her eye on student council. Her most-used app is Headspace, for meditation (and because of her crush on the disembodied Buddha voice). Voted "Most likely to read your palm."

BIG RED: Ricky's lifelong wingman. A skate rat, Big Red is the spiritual cousin of both Bill and Ted: always fuzzy, he’s been sleep-deprived since preschool. Big Red is weirdly devastated by Ricky and Nini's breakup -- his surest role is as their wisecracking third wheel. He has secretly crushed on Nini since middle school, and her breakup with Ricky proves a moral best-friend dilemma. He joins the backstage crew to be "Nini-adjacent." Wants to start a garage band, but keeps forgetting to learn an instrument. He’s addicted to true crime podcasts and “The Walking Dead”, and yet he’s afraid of the dark. Voted "Most likely to believe aliens are real, bruh."

GINA: Don't call her an understudy, call her a "wonderstudy." A polished pro with an Equity card and the unwavering belief that the drama teacher made a huge mistake not casting her as a lead. Gina is an entitled princess, but her ambition pales in comparison with her stage mother’s. Gina worries that she peaked in 6th grade, when she starred in a Canadian tour of Annie. Posts Instagram videos of her singing that go viral -- and makes Nini seriously start to doubt her own talent. Voted "Most likely to push you down a flight of stairs."

VIKRAM: Captain of the color guard and the student choreographer of High School Musical.Beyoncé is his iPhone lockscreen wallpaper, and he already has his Tony Award for Best Choreography speech written out. Vikram thinks of the drama teacher as a peer -- he eats lunch in her office and has been drinking espresso since 3rd grade. All of this, even though Vikram still sleeps with a stuffed elephant, and is terrified of failure. His most-used app is Starbucks. Voted "Most likely to stage a flash mob on a field trip."

MISS JENN: The school's new drama teacher, Miss Jenn is high-energy and low-reality. She truly believes musicals can save lives. If only she believed in telling the truth on her resumé. She's moved back home to Utah after she left New York under mysterious circumstances, packing up in a hurry. Forces student choreographer Vikram to do a Kickstarter for the musical when the school board won't give her the $50,000 budget she asks for. Suffers serious imposter syndrome and would ultimately do anything for these kids. Her most-used (and most-loathed) app is Tinder.

So... what do you guys think? Should the sacred name of HSM be left untouched? Which of the original cast members would you want to see cameo on this new series? How will this new group of ragtag high schoolers pull off performing High School Musical? Will they stick to the status quo? We don’t know yet, but we’re excited to learn more about what this series will bring.