Everything You Need to Know About George Clooney's "Catch-22" Series for Hulu! 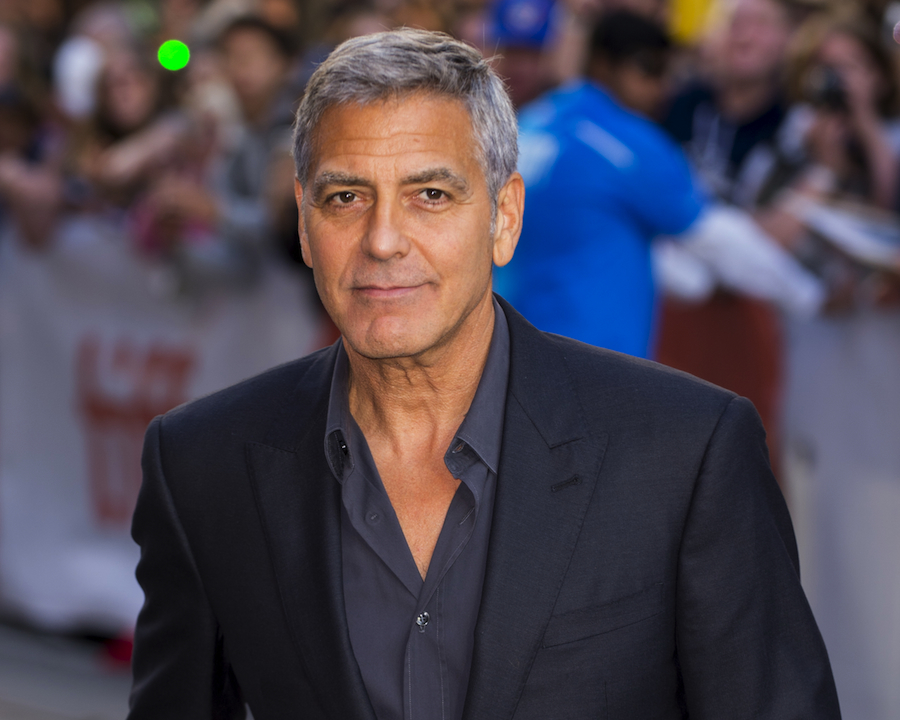 With television networks and streaming services taking more risks than ever nowadays – coupled with the extremely volatile political climate at the moment – the time seems ripe to dust off Joseph Heller’s surreal 1961 novel Catch-22 and adapt it into a miniseries for Hulu, and George Clooney is just the man to do it.

Catch-22 occasionally shows up on high school and/or college reading lists, so some of you might already be familiar with it. Film buffs might even be familiar with the 1970 film adaptation starring basically every big name actor of the time period. But I’d wager that most of you reading this have never even heard of it, so allow me to get you up to speed, and explain why Clooney is the perfect choice for the job of adapting it...

Even if you’re unfamiliar with the book, you’ve no doubt heard, and possibly even used, the phrase “catch-22” at some point – which refers to a dilemma with no desirable outcome. The phrase is actually derived from Heller’s book, and the situation in which his protagonist, Yossarian, finds himself. Yossarian is a bombardier during WWII who desperately wants out, and the only way he can think to do it is to convince his superiors that he’s insane. The catch is, if he tells them he is crazy, then he is aware of himself and therefore sane. But if he believes himself to be sane, then that’s the only way to prove that he is NOT sane. See the dilemma? Here, let the original movie explain it better:

Yossarian is surrounded by an assortment of odd personalities, many of which are pretty freaking nuts themselves, and certain events transpire that would legitimately push anyone over the edge…

Catch-22 also happens to be somewhat of a surrealist dark comedy, and that’s where Clooney comes in. If you’ve seen Clooney’s work with the Coen Brothers (O Brother Where Art Thou, Intolerable Cruelty, Burn After Reading, Hail Caesar!), which he recently parlayed into his own directing efforts The Monuments Men and Suburbicon, then you will see how small a leap it would be for him to take on a project like Catch-22 (honestly I’m kind of surprised the Coen Brothers themselves didn’t beat him to this property!). Clooney’s flair for the cunningly sinister and charmingly surreal is the perfect match for this story.

Reportedly, he will also be appearing in the series, as Colonel Cathcart, which is a bit surprising to me – he’s too young to play Yossarian, I suppose, but I would have thought he’d take on the role of General Dreedle, who was played by the legendary Orson Welles in the 1970 movie. Instead, Clooney is taking on the role of what can be considered Yossarian’s main antagonist, and also a total douche. Not in a suave, cunning way, like you would expect from Clooney, but more in a weasel-y, pathetic sort of way. Definitely a stretch for Clooney, and I look forward to seeing what he does with the role!

No other casting news has been announced at this time, but I’m incredibly anxious to see who gets recruited for this project. As I mentioned above, the 1970 film boasted a highly impressive all-star cast, and considering this is Clooney we’re talking about, I’m sure he could easily attract just as many outstanding talents for this one. The only possible glitch might be the fact that this story is a total sausagefest. Literally the only female characters in the book are only there to be ridiculed, assaulted, or sleep with the male characters and then discarded. I’m very curious to see how Clooney handles this, if he decides to beef up any of the more “significant” (I use that term loosely) female characters, or if he even updates the story to modern times so that he can re-imagine some of the male characters as female (which I’d love to see, to be honest).