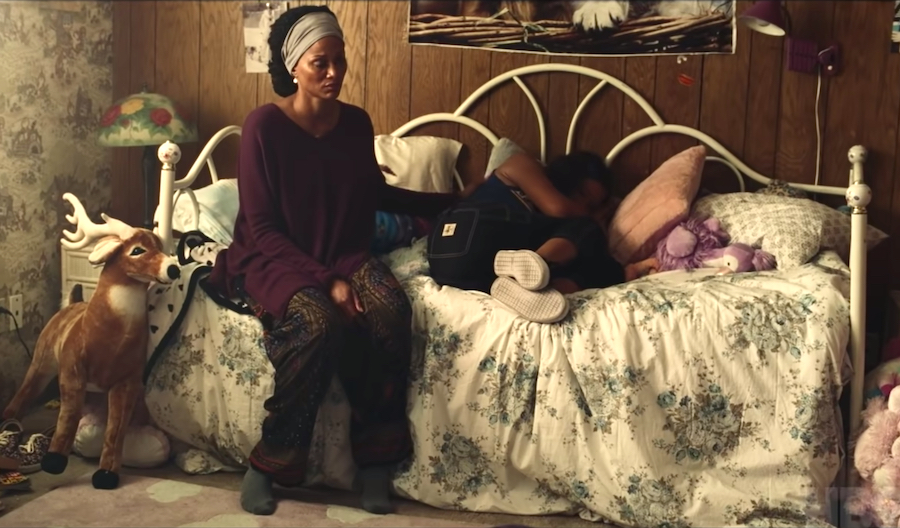 Last night's episode of "Euphoria" was unlike any episode of the show we have had before. While the episode was amazing, it was painful to watch at the same time. In Season 2, Episode 5, Rue (Zendaya) is at rock bottom, hurting herself and everyone she loves at the same time. This episode also had a completely different approach than most "Euphoria" episodes, as there was no voiceover from Rue and a completely linear timeline of events.

The episode starts out with Rue’s mom, Leslie (Nika King), confronting her about relapsing. Rue denies her relapse and then the extent of the relapse and accuses her little sister Gia (Storm Reid) of ratting her out to their mom. Rue begins to spiral out of control as the family intervention continues and even more so when she finds out it was her girlfriend Jules (Hunter Schafer) who told her mom. This scene was emotional to watch because of how real it was. Viewers truly got to see the ins and outs of what it's like to have a family member going through withdrawal, and this is exactly what creator Sam Levinson intended the scene to feel like.

While being interviewed for "Enter Euphoria", the series' aftershow which airs following the episode, Levinson said, “I wanted to just portray what an intervention looks like from a family's perspective. And how hard it is to reason with someone who’s in a state of true irrationality.”​ Levinson accomplished his vision and the scene was equally powerful and heartbreaking.

The episode then goes on to follow Rue all around town while she tries to escape from her family, who are trying to help her. She eventually ends up at the Howard household trying to hide out from her mom and sister, but Suze (Alanna Ubach) calls Leslie and they show up to get Rue. But she escapes in the midst of the chaos she created by telling Maddy (Alexa Demie) that Cassie (Sydney Sweeney) had hooked up with Nate (Jacob Elordi) behind her back. This was definitely an unexpected way for this information to come out since it has been building up all season.

After that scene, Rue goes to Fez’s (Angus Cloud) house, where he refuses to give her what she wants because he knows it’s what is best for her. But once he denies her, she is back on the street and sees a couple leaving for a night out who accidentally left their garage open. She steals jewelry and cash from their safe, but the couple comes home early, so she runs away and ends up at Laurie’s (Martha Kelly), where she tells Laurie she only has $2,000 of the $10,000 she owes her, which we can assume is not going to go over well in the next episode.

After leaving Laurie’s, Rue eventually finds her way back home, where the ending image of the episode is Leslie sitting at the kitchen table relieved Rue has finally returned. Levinson made this choice to end the episode to show the impact addiction has on families; he said, “I think ending on Leslie and the relief of knowing Rue has come home allow for the empathy of the episode to be reconfigured at the end.”

This episode was a rollercoaster of emotions -- one moment it had you crying, and the next giggling, and that is what made the episode so great. While it dealt with real deep problems, it was still well-rounded and meaningful. We have so many questions about what will happen next and, hopefully, we will get those answers in next Sunday’s episode!

"Euphoria" is now streaming on HBO Max, with new episodes airing every Sunday night on HBO!