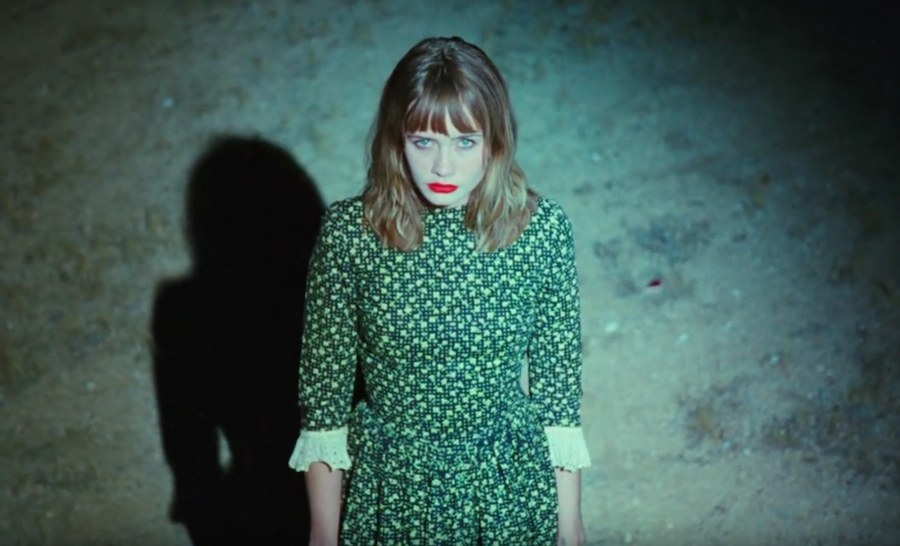 Portland, Oregon-based Alexandra Savior is music's NBT. She has skills as a singer-songwriter as well as an editor, director, and writer of her own videos, and she definitely has a talent for persevering through struggles.

She understands the struggle of trying to make a name for herself. But she has never given up on her hopes and dreams, not since her interest in singing-songwriting struck at age 14.

She was discovered on Youtube when she was just 17 years old by singer Courtney Love, who stated: "big things are going to happen for this girl," and in 2014, 18-year-old Savior signed a contract with Columbia Records, modeled for Erin Fetherston, graduated high school, was compared to Fiona Apple by Linda Perry, and her first demo "Risk" featured on the second season of the show "True Detective". On April 7, 2017, Columbia Records will release her debut album, Belladonna of Sadness, so be sure to mark your calendars!

She is the next Lana Del Ray, in our opinion, with her alternative punk rock style, her deep, mellow voice, and upbeat guitar and drum instrumentals. Savior’s heavily influenced by Ella Fitzgerald, Otis Redding, Amy Winehouse, Adele, and Jack White’s music, and we can feel their influences seeping into her music. Most of her songs are about love, going through the experience of being cheated on, or breaking up with someone; “Mirage" and “Mystery Girl” portray these themes the most. “Mirage” features her deep, slightly monotone voice, guitar instrumentals, and tells the story of someone who questions their identity. It’s sung in the point of view of Savior’s alter ego, Anna Marie Mirage, which is an interesting twist and something that you don’t see done a lot.

“Mystery Girl” is her third single that will be featured on Belladonna of Sadness and features her on vocals, Alex Turner on guitar, and James Ford on bass.

We highly recommend that you check her out, especially if you are fans of Lana Del Rey, Amy Winehouse or Adele. We think Belladonna of Sadness is going to be a hit!