Episode Titles Revealed For 'Stranger Things 3': What Could They Mean?! 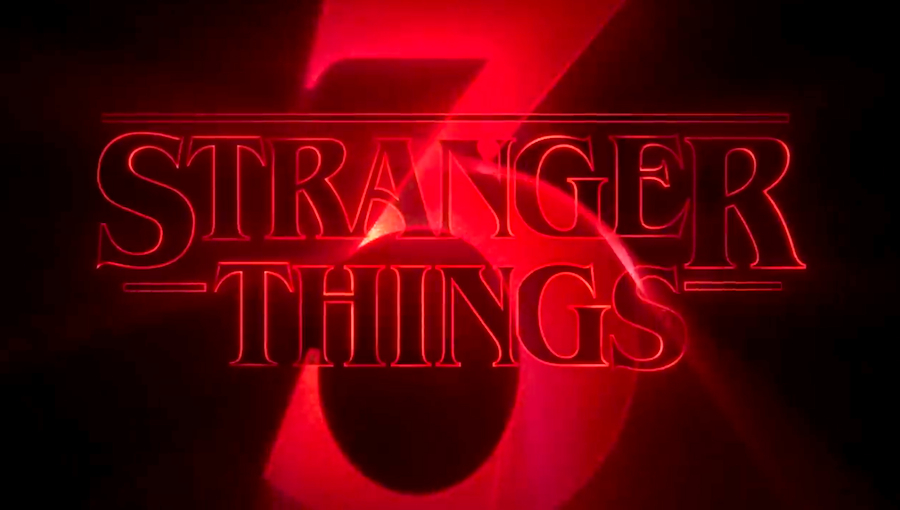 It’s been about 5 months since we had any official news regarding the status of Season 3 of the hit series “Stranger Things”. Back in July, Netflix released a teaser for the new season in the form of a cheesy local commercial for the new Starcourt Mall in Hawkins, Indiana – complete with a glimpse of working mom Steve Harrington behind the counter at Scoops Ahoy! The teaser announced the Mall would be “opening” sometime “next summer”, which we all assumed meant that the show itself would be returning in mid-2019.

Well, yesterday (December 9), Netflix released another teaser, but this one doesn’t feature any actual footage from the new season – instead, it is merely a list of all the titles of the new episodes. While this isn’t exactly the tease we were hoping for (and we STILL don’t have a concrete premiere date), the episode titles for this show have always been rather intriguing and evocative, and these are no different. They certainly get the wheels spinning!

Let’s break this down, shall we?

Okay, first off, who the heck is Suzie?? Right out of the gate, we’re getting mysterious new characters thrown at us. Suzie is likely a fellow teen who becomes part of the group of friends that include Will, Mike, Dustin, Lucas, Max, and Eleven – I’m guessing this since the “Do You Copy” part sounds like the group’s parlance when speaking to each other over their Walkie-Talkies (the iPhones of their day). On the other hand, Max’s mother’s name is Susan – could she be “Suzie”? If so, why the cutesy nickname and who is hitting her up on the Walkie?! Alternatively, Suzie could be the girl we see with Steve at Scoops Ahoy…

Here is probably where we are introduced to the brand spanking new Starcourt Mall, and the kids, being teens and the Mall’s primary demographic, likely take full advantage of the new establishment, whether for shopping purposes, getting a part-time job, or just chilling.

Episode 3: “The Case of the Missing Lifeguard”

Oh no! Who’s gonna guard the lifeguard?! We know that this season takes place in the Summer, but since Hawkins isn’t located anywhere near a natural body of water, we have to assume that the lifeguard in question was working at a pool. And since pools are a lot smaller and self-contained than, say, a beach, his or her disappearance had to have been more or less in plain site. Does he or she slip into the Upside-Down Barb-style? Stay away from pools in Hawkins, Indiana, y’all!

I have a feeling this has something to do with the missing lifeguard. Many pools have saunas too, both feature water of some kind… Perhaps Eleven goes into the sauna to try and find the lifeguard in the Upside-Down? Like how she submerged herself in a pool in Season 1?

Hmmm, this is pretty vague, but I’m wondering/hoping that this refers to the origins of the Upside-Down. We still have SO MANY unanswered questions about this creepy parallel universe, so fingers crossed that our Hawkins heroes start finding out some important stuff!

Oooh whose birthday?! Who seems most like a Summer Baby? I would say Lucas, but I also get the feeling that maybe it’s Eleven’s birthday. We don’t actually know when her birthday is, so maybe they decide to throw her a Summer b-day bash! OR it could just be some random classmate’s party that the kids all get invited to and some nonsense ends up going down… Oh no I hope it isn’t a POOL PARTY!!!

Yikes! Sounds like maybe something did go down at that birthday party and someone came away with an unwanted party favor… Probably Will, cuz that kid can never catch a break, amirite?

Episode 8: “The Battle of Starcourt”

The finale sounds like what I had suspected since July – that Starcourt Mall will be Ground Zero for whatever tomfoolery happens in Season 3. As I mentioned before, the fact that the Starcourt Mall promo specifically made a point to mention “Starcourt Industries”, I couldn’t help but get the feeling that that is some kinda shady corporation somehow involved with the creepy undercurrents of Hawkins (much like the Hawkins National Laboratory, which was where Eleven was being experimented on). Perhaps the Mall is just a cover for some hidden lab, and/or maybe a new gate is opened somewhere on the property. Whatever it is, our gang can handle it!

The teaser also reveals that the new season takes place in 1985, which is 2 years after the first season and a year after the second season. For some reason, I thought the time jump would be more significant, but it’ll be cool to see what’s happening in Hawkins during the glorious Back To The Future days!