Emilia Clarke Hears a Scary 'Voice From The Stone' 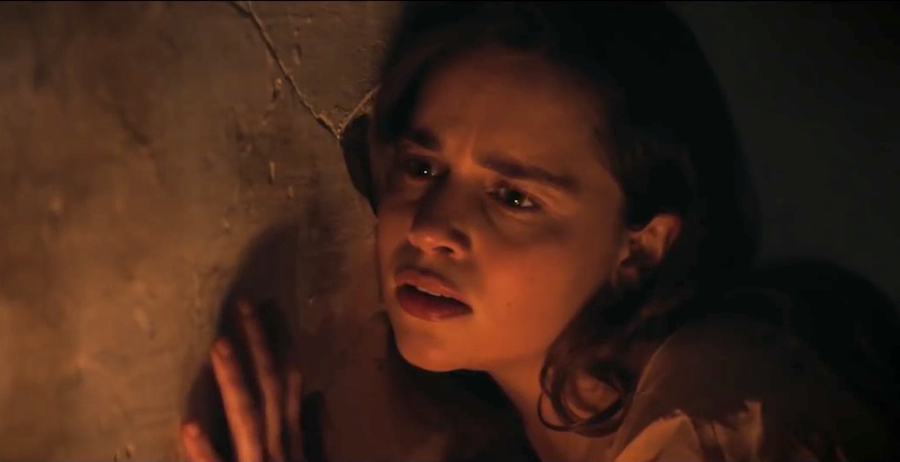 If Emilia Clarke is known for anything, it’s for being a strong leader of dragons, horse-riding bandits, a drunken little person, and helping HBO reach their annual boob quota. All of that takes a certain amount of guts and fearlessness, but now she’ll take on a role we’ve never seen from her before as she gets scared in the upcoming horror movie Voice from the Stone:

I like horror movies a lot and I can tell you this looks freaking spooky. So far this year, one of the biggest hits was a horror movie called Get Out, which you may have heard of since apparently everybody went to see it. Between Get Out, the promising reviews of the upcoming Blackcoat’s Daughter, and now the trailer to Voice from the Stone, horror movies could be making a major comeback in quality (we don’t talk about Rings here). Something that Voice from the Stone has that the others don’t, however, is the classic trope in horror movies: terrifying children.

The scariest part most people remember from The Shining is those twins at the end of that hall where they show off their ax wounds (I know how that sounds). Rosemary’s Baby terrified me the whole time because I thought it was just about this woman being pregnant, but then I was relieved when the ending came and it was just the anti-Christ being born. The Babadook had me rooting for the main kid’s death the whole time because he was such a menacing creep. Children of the Corn literally has “children” in the title. I think you get my point. Voice from the Stone would not have this eerie of a trailer if there wasn’t some kid in it.

As for Emilia Clarke, she’s doing something that I really haven’t seen much in horror movie trailers aside from Get Out, oddly enough. She’s clearly our vessel to travel with in this world, but I already feel bad for her and it’s just the trailer. So often have I sat through horror movies from beginning to end and not cared about the characters' safety. Heck, half the time you’re waiting for them to die in the first frame you see them, as their presented to you like items on a menu ready for brutal horror movie slaughter, à la the Final Destination movies.

In the beginning, there’s always some exposition about whom the characters are, some tragedy that happened to them and other junk like that, so later when they get the ax, you’re supposed to feel something, but rarely do I feel anything for them. It’s just a trailer, but maybe we know enough about Clarke’s character in this, or maybe we don’t, but one thing is for sure, I have high hopes this will be the next great horror movie of the year simply because I’m already invested in what will happen.

Voice from the Stone hits theaters on April 28!