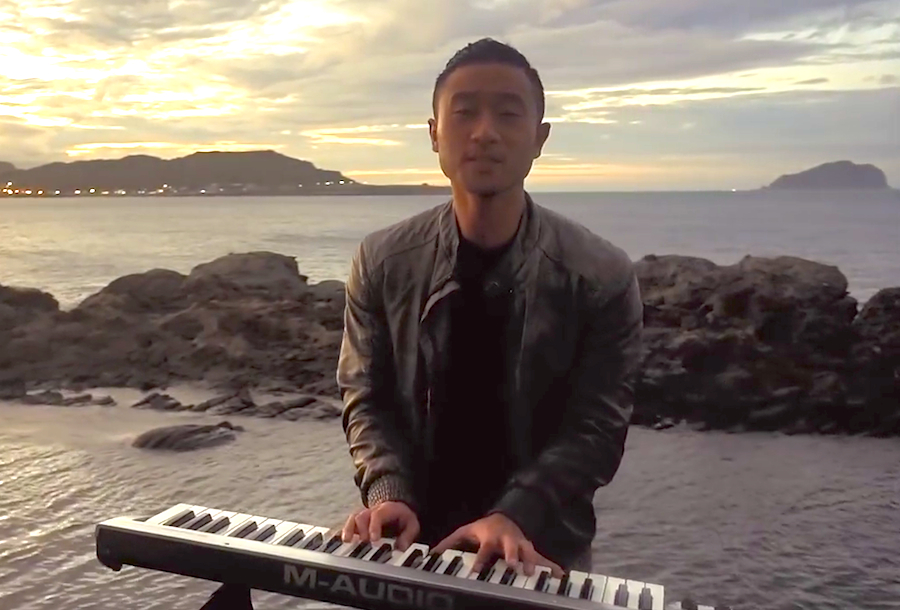 This Cali native is someone that should be on your viral radar. If you aren’t familiar with Sam, let's get you up to speed. He is a singer-songwriter, producer, violinist, guitarist, drummer, pianist, and radio DJ/host -- impressive! The multi-talented artist got his big break on the interwebs as he caught the attention of many with his take on popular tracks. He has over 100,000 Likes on Facebook and over 25,000 subscribers on YouTube.

Here are 3 reasons that you need to be liking, following, and subscribing to all things Sam Lin!

Sam learned the fundamentals of music at the ripe age of 7, after his father taught him how to play the Violin. His dad instilled the essence of practice and from there Sam became a self-taught artist and can now play a multitude of instruments. It definitely shows as he went on to win a nationwide YouTube contest in 2013. In 2015, he made a big move from California to Taiwan to further pursue his music career.

2. The BEST Covers of Your Favorite Songs

To close out an epic 2016, he did a mash-up of the top hits from last year. He can take any song, put his own unique spin on it, and give you a smooth melody that is perfection. Sam also did a song cover from the highly-anticipated Beauty and the Beast remake -- in Chinese! He’s also covered songs from Justin Bieber and The Chainsmokers.

After reading, please take a moment and raise your hand if you want Sam to go on tour -- yes please! Did you know that he also created the music for the new Galaxy S7 commercial? How awesome is that? He’s even taken home the number 1 spot on a Taiwanese talent show and sang for 10,000 people on the New Year's countdown in Taipei city.