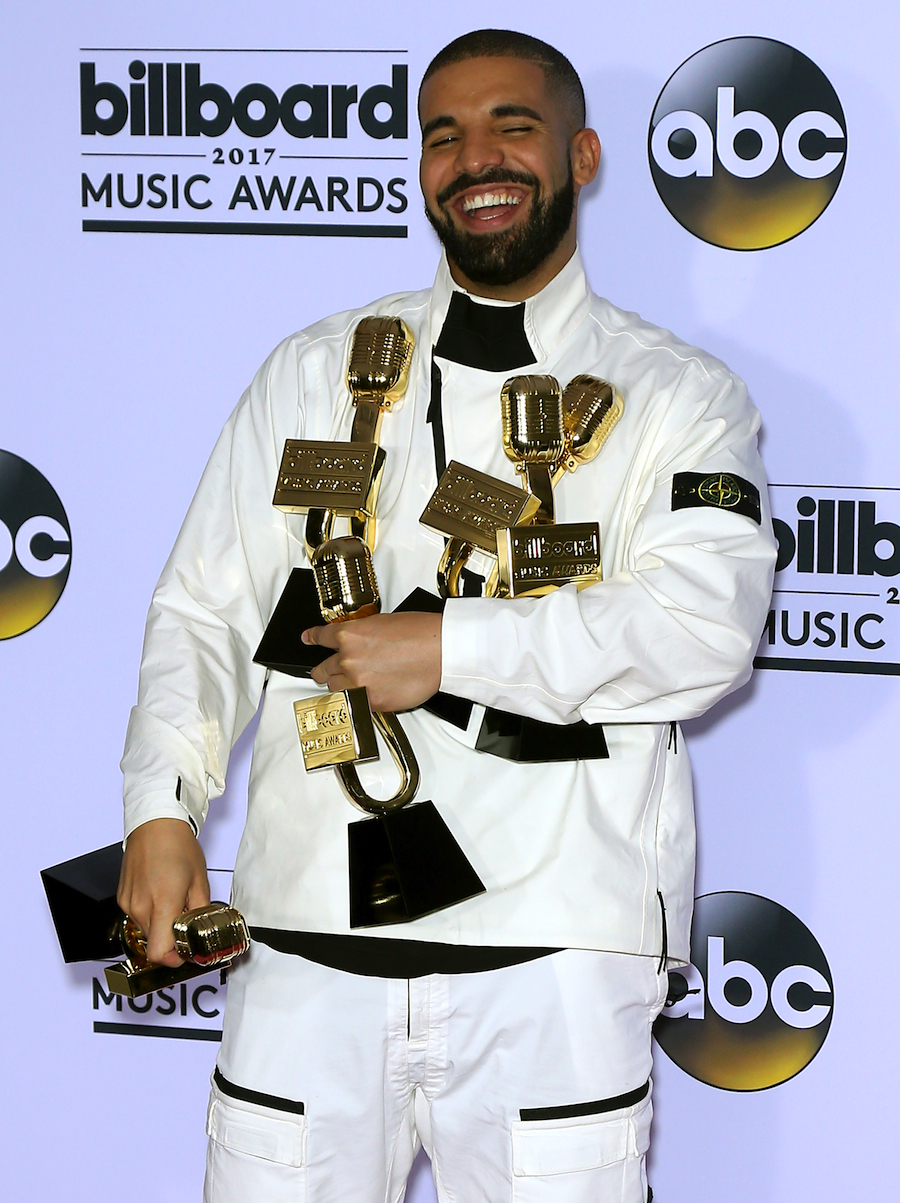 Seven years ago today, Drake officially stepped out on the scene with his first full-length album release Thank Me Later. Since then, he’s given us bomb dance moves, numerous radio hits, and five more solo albums. His career’s hardly over, but to thank him now for his many years as a player in the hip-hop game, here are his seven biggest career milestones to date!

1. His first foray into music was top-notch

Before he released Thank Me Later, he put out the EP So Far Gone, which contained the hit “Best I Ever Had”. That song is still one of his most popular to date, so it’s impressive that his first ever release garnered so much attention.

2. He slays and stays on the Billboard Hot 100 chart

Drake’s the first artist to remain on the Billboard Hot 100 chart for eight uninterrupted years. That means that, before he even put out a full-length album, he hit the Top 100 thanks to “Best I Ever Had”. What a feat!

And not only has he been on the Hot 100 chart for eight years, he’s had 100 songs bounce around it. By my math, he averages over 12 hit songs per year, which is more songs than most artists even release in a year.

Drake’s music has been streamed over 10 billion times on Spotify, which, if you’re keeping track, is more than the number of people on earth.

“One Dance” got over a billion streams just by itself. For context, “Hotline Bling”, which was all the rage in the Summer of 2015, has only about 600 million streams. So “One Dance” is the undisputed winner for song of the Summer 2016, all Summer ’16. And on October 18, it became Spotify’s most-streamed song ever.

In his 2014 song “Trophies”, Drake says that there’s no award for "taking care of my people.” But aside from that award, Drake’s got a whole bunch under his belt. He won 13 alone at this year’s Billboard Music Awards, making him the first artist to win so many in just one year.

Last year, when Drake and Future finished up their joint tour, Drizzy had yet another milestone to celebrate. The two accumulated $84.3 million in earnings, making it the highest-grossing rap tour of all time. And now that’s dropped “More Life”, perhaps Drake is getting ready to set out on another record-shattering tour.

Drake’s had an incredible few years in the industry, and he’s made it all look like “child’s play.” I can’t wait to see what the 6 God has in store for us next!