What You Need to Know About Broadway's Newest Hit 'Dear Evan Hansen'! 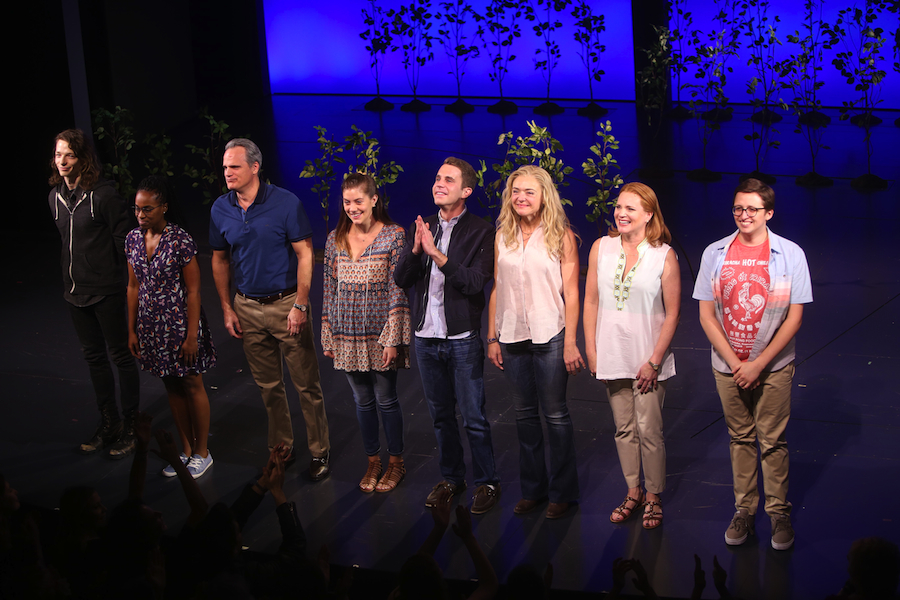 The 71st annual Tony Awards showcased the best of the best on Broadway this year, but one specific musical stood out among the rest. Dear Evan Hansen, the story of a teenager with a social anxiety disorder who struggles to fit in and finds himself in the middle of tragedy when one of his classmates dies, took home 6 Tony Awards over the weekend, including the coveted award for Best Musical! The show’s soundtrack has also claimed the number one spot on the iTunes Top Albums chart since the awards ceremony, beating out brand new albums from names like Katy Perry and Lady Antebellum. Yeah, this musical is Kind of a Big Deal.

Here’s what you need to know about Broadway’s next “Hamilton”-sized hit!

During the Best Musical acceptance speech, producer Stacey Mindich explained the theme of Dear Evan Hansen in a brief but meaningful way: “At its core, our musical is about wanting to belong.”

Evan Hansen is a high school senior with an anxiety disorder that creates problems for him when making friends. Because of this, Evan is quite lonely. After his therapist tells him to write letters to himself as a way to sort of give himself a pep talk, the menacing and fellow loner Connor Murphy picks one up and takes it with him. When Connor kills himself, his family finds Evan’s letter, the one he had intended for himself, and believe that their son had written it to his friend. This is where the title of the musical comes into play.

Evan Hansen then finds attention and popularity in the fake friendship that he can’t bear to tell Connor’s family the truth about. He finally gets the girl of his dreams, who also happens to be Connor’s sister; he finds a father figure in Connor’s dad; he gets a community of people that he never could have imagined. But will all of the deception of being a friend to someone who had no friends catch up to him?

This 23-year-old actor took home the award for Best Performance by a Leading Actor in a Musical at this years Tony’s. His critically-acclaimed performance is beyond inspiring. After growing up in musical theater, Ben is no stranger to telling stories on stage -- frequent Broadway-goers might recognize him from his role as Elder Arnold Cunningham in The Book of Mormon. However, he might be most recognizable from the Pitch Perfect films, where he played Benji Applebaum, a magician and aspiring Treblemaker, alongside Skylar Astin!

When & Where to See It

Dear Evan Hansen is currently playing at the Music Box Theater in New York City, but if you can’t make it to the Big Apple anytime soon, don’t fret! The musical will be kicking off a national tour in Denver in October 2018 and will be making the rounds to theaters near you.

This musical is a must-see! If you’re all emotional just thinking about it, listen to someone who has witnessed it. Charles Isherwood of The New York Times writes, “Naturally, the story of a teenage suicide and a lonely young man caught up in a web of self-devised deception has its sad aspects. But Dear Evan Hansen is anything but a downer; the feelings it stirs are cathartic expressions of a healthy compassion for Evan’s efforts to do and good, and his anguish that he may be causing more trouble than he can cure.”