Disney Finds the Belle for Their Live-Action 'Beauty & the Beast'! 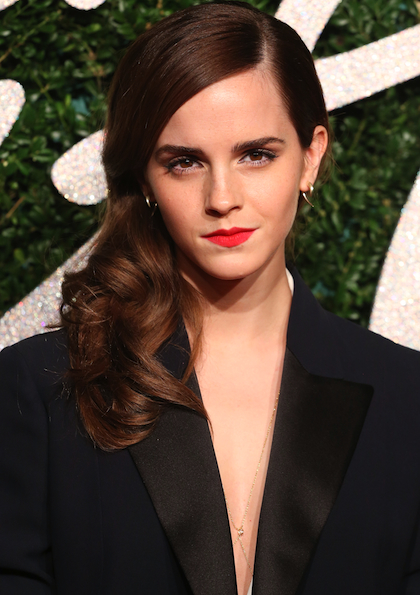 Adding toEmma Watson's resume of bookish characters, the actress has just signed on to star as Belle in Disney’s new adaptation of Beauty and the Beast. This will be a live action version, similar to the studio's recent reboots ofMaleficent and Cinderella (due in theaters in March), though this one will be directed by Bill Condon (of Twilight fame) instead ofKenneth Branagh (who did star with Emma inHarry Potter and the Chamber of Secrets).

Ironically, not only is this not the first time Watson has signed on to play a bookworm, it's also not the first time she has signed on to play Belle. Around three years ago, she landed the role inGuillermo del Toro’s adaptation of Beauty and the Beast. However, del Toro hasn’t mentioned this project again since then, so it’s probably safe to assume that the two projects won’t compete against one another (or that del Toro's version is even still happening).

Watson may actually be the perfect actress to play Belle, considering how many of Belle’s traits she seems to share. A graduate of Brown University, Watson has a degree in English Literature and is a UN Goodwill Ambassador. She has recently launched a UN campaign calling for gender equality, and has already given a number of inspirational speeches on this topic. I think it’s safe to say that if Belle were a real person, she would approve of this casting. As a bookworm myself (who has a degree in Creative Writing, which is close enough to English Lit), I think that Watson will make a perfect Belle!

Filming on Disney’s live adaptation of begins later this year. Are you excited to see Emma Watson as Belle? Whom do you think should play her Beast?