Can You Guess Which “Full House” Stars Voiced These Iconic Characters? 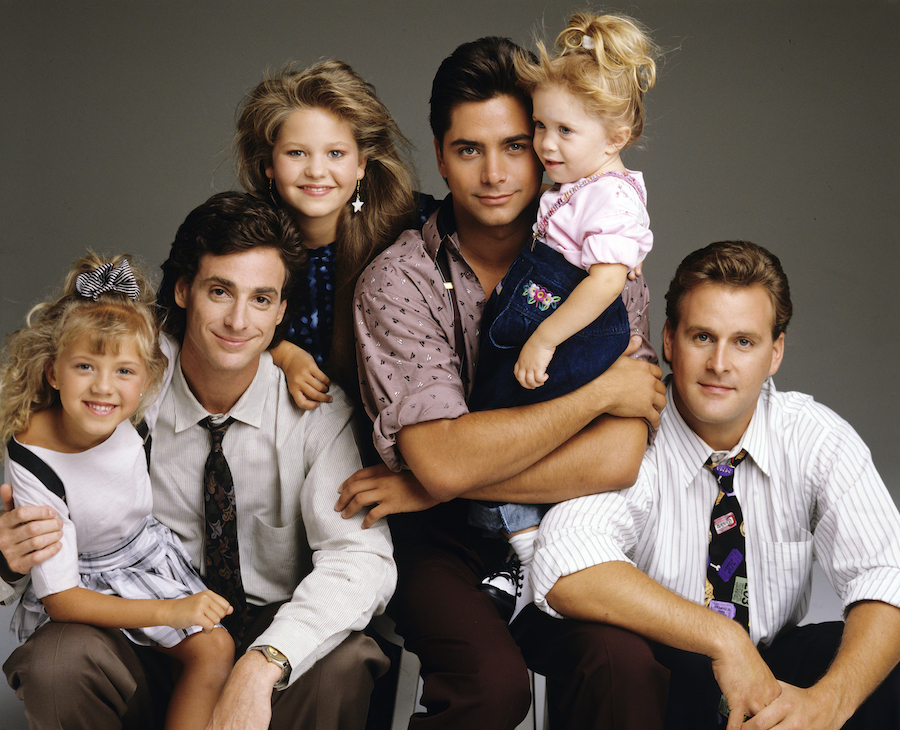 Did you know that “Full House” is full of voice actors? It turns out that the actors from this heartwarming '80s/'90s sitcom play a larger role in pop culture than we ever could have imagined! From iconic Disney movies and cartoons to hit sitcoms, you name it, the men of “Full House” have probably voiced a character in it. Let’s look into what these guys have been up to over the years!

Question: Think you know which teen actor voiced loveable Aladdin, the street urchin who falls in love with Princess Jasmine and saves her kingdom with the help of a Genie? I’ll give you a couple hints. Disney’s original Aladdin was released in 1992 when “Full House” filming was still in full swing; this actor was 16 at the time. On “Full House”, he can always be found with a snack — or more likely a 4-course meal — in hand. While his character isn’t known for being the most book-smart, in real life, this person left the show to go to Harvard University.

Answer:Scott Weinger, who we know as Steve Hale on “Full House”! His career has since shifted its focus from acting and voice acting to writing and producing for shows such as “90210”, “Black-ish”, “The Neighbors”, and more.

Question: Have you ever sat down to watch “How I Met Your Mother” and realized that older Ted’s voice sounds extremely familiar? The year is 2030 and Ted Mosby is telling his kids all about his younger years and the events that led up to him meeting their mother. Although the character of Ted Mosby is portrayed by Josh Radnor, 2030 Narrator Ted is voiced by someone else -- someone older, wiser, and well-known for being an amazing TV dad. In fact, this man is often referred to as America’s Dad. You definitely know who it is by now, but give this clip a listen before I reveal the answer:

Answer: Yep, it's Bob Saget! He may be best known as Danny Tanner, single father of DJ, Stephanie, and Michelle, but he was also a very successful comedian. Following his tragic passing earlier this year, watching Bob Saget’s TV shows helps to keep his memory alive.

Question: If there’s something strange in your neighborhood, who you gonna call? Ghostbusters! Or maybe a hilarious “uncle” who’s known for his spot-on Bullwinkle impression. Scroll to find out who played Peter Venkman (the Bill Murray character from the movies) on Seasons 3-7 of the '80s cartoon “The Real Ghostbusters”.

Answer:Dave Coulier, AKA Joey Gladstone! As a stand-up comedian in real life, Dave was a perfect fit for the role of Joey, whose life goal was to bring people joy through laughter.

Question: We’ve all heard Kim Possible’s catchphrase “Call me beep me if you wanna reach me”, but  Kim wouldn’t have received calls nor beeps if it weren’t for tech genius Wade Load who specialized in helping Kim with gadgets. The person who plays Wade was Michelle Tanner’s closest friend on “Full House”. In real life, he is a well-known actor with famous actress sisters.

Answer: It's Tahj Mowry, AKA Michelle’s adorable best friend Teddy! Tahj has since held main roles in shows such as “Baby Daddy”. He also guest starred in a few episodes of “Sister, Sister”, a show starring his real-life sisters Tia and Tamera.

Question: We all know and love Goofy from “Mickey Mouse Clubhouse” — despite the majorly confusing fact that Goofy is a walking, talking dog while Mickey has a pet dog (Pluto) who is not granted these human characteristics. Well, someone from “Full House” voiced Goofy’s son, Max Goof, in A Goofy Movie and An Extremely Goofy Movie. He also voiced Mungo in Tarzan! Hint: on “Full House”, he dated DJ (and briefly Kimmy).

Answer: Jason Marsden, AKA Nelson! In the whole ”Full House” Nelson vs. Viper debacle, Nelson’s totally got my vote.

To top it off, John Stamos — Elvis-obsessed Uncle Jesse — will voice Tony Stark on Season 2 of the animated Disney Junior show “Spidey and his Amazing Friends”, which comes out this summer; the new generation will know our beloved Uncle Jesse as cartoon Iron Man!

Now that you’re in your feels and missing “Full House”, check out the GAC Family Channel or stream all 8 seasons on HBO Max. Also, be sure to listen closely when watching your favorite cartoons and sitcoms. You never know which voice actors may be hiding in plain sight!