Camila Cabello & Pharrell's New Jam SANGRIA WINE Will Cool You Off This Summer! 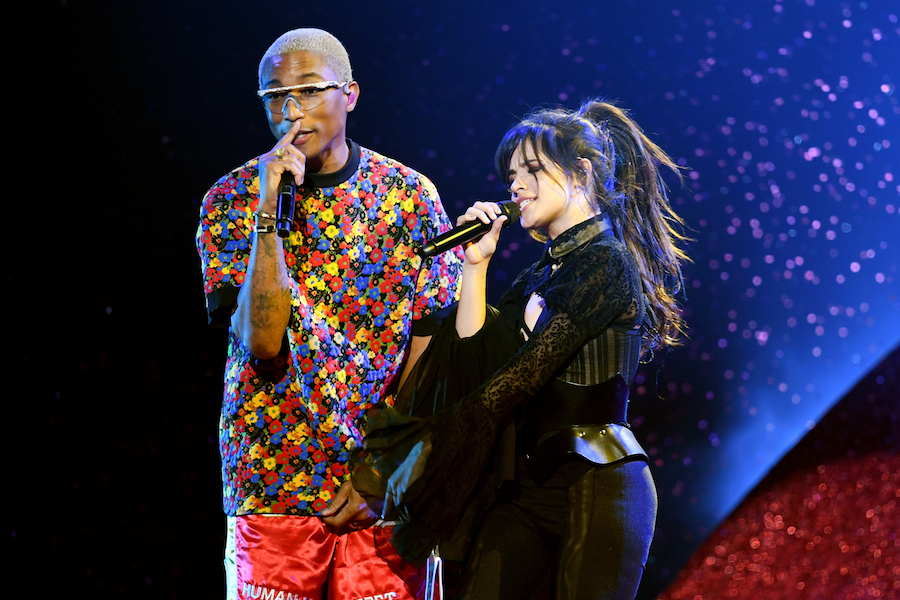 Camila Cabello has been dominating the charts for the past year, and it looks like she’s going to keep doing just that with her new song "Sangria Wine".

Cabello made the world shake with her first solo #1 single “Havana” last summer. The song was (and still is) on the radio 24/7, playing in stores, playing in the supermarkets, in TV shows promos… it was everywhere. And it was sooo catchy. I remember I first heard the song in October 2016 when she released both “Havana” and “OMG” together as a preview to her album. It was then that I distinctly remember telling my mom, “Watch, this song is going to take over the airwaves” … And it did, especially last summer.

Then, she took over the winter months with the breathy and sexy “Never Be the Same”.

Now, Cabello is back at it again with the help of producer/artist Pharrell Williams. The new hit song is called "Sangria Wine" and it’s just as good as it sounds. Not only is the title sweet, but the lyrics and vibe are too. The song exudes a Latin, Summer, pop-esque feel, making it so you can’t get the tune out of your head. The cover art for the single even has a fruity, summer, sweet look to it too!

Plus, there’s a dance to it that Cabello does when she performs the song live. Guess what?! The dance is fun to do too! Everything about this song puts you in a good mood! If you want to learn the dance, I learned it with my friends and it was a good time; there’s a YouTube video giving you a step-by-step tutorial. Maybe you can even whip the dance out next time you’re out… you’ll stun everyone!

If you still need convincing as to why you should listen to the song, sample some of these lyrics:

“Move my body like it is a pipe
Tutti Frutti, is all that I got
Counter-clockwise, I'm mixin' it up (mixin' it up)
Sip it, sip it, I'll bet that you'll blush...”

Cabello then goes on to sing:

“Let’s float around like the fruit at the top (huh)

In Miami, where winters are hot...”

Then, Cabello and Pharrell hit you with the simple, yet catchy chorus (which you can do the dance to!):

I’m calling it now [too], this song is going to be dubbed the Song of the Summer. And I have feeling we’re going to be hearing the name Camila Cabello for some time. We’re definitely going to keep hearing her songs on the radio; "Sangria Wine’" is next!