Broadcast TV Coming to the Xbox One! 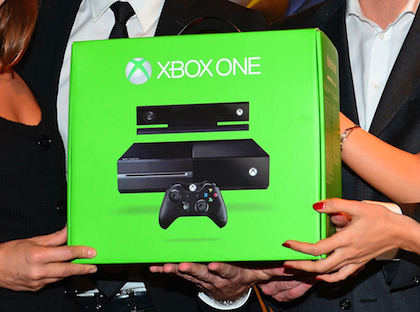 Do you live with roommates who refuse to chip in on getting cable television? Even worse, do you have roommates that won’t even spend a dime on getting a digital antenna so you could at least get free broadcast channels like CBS, NBC, Fox, ABC, PBS, and The CW, among others. Well, the folks at Xbox have cooked up something to help you, my minimum wage companion. Coming from Xbox to you is free broadcast television!

This is pretty awesome considering many people these days can’t quite afford the monthly cable bills... but can some how afford to buy an Xbox One. Probably because of all the Netflix, Hulu, and HBO Now streaming services, which are all featured on Xbox One. (It’s okay, we know you’re still using your best friend’s cousin’s parent’s HBO GO account.) Having broadcast television in the mix too makes the Xbox One more than a videogame console -- it’s also a bona fide cable box now!

It doesn’t just stop there with the feature of broadcast television. To top it off, you will also be able to pause, rewind, and fast-forward to the point of broadcast with this new service. The only catch is that the technology will not be updated into the Xbox One. Instead, you will have to either leave your house (or order on Amazon) and get an antenna from Microsoft for a “reasonable price”. We’re not sure how much it costs yet, but this will be good for a new generation just starting to watch “The Simpsons” on FX Now (another streaming service you probably get off an almost complete stranger). Instead of kids sitting back wondering what the heck that tin foil contraption with long, thin tubes coming out the top of it, resting on the Simpsons family’s TV is, now they will… Wait. They’ll never know what rabbit ears are or the plight you have to go to make them work. Who am I kidding?