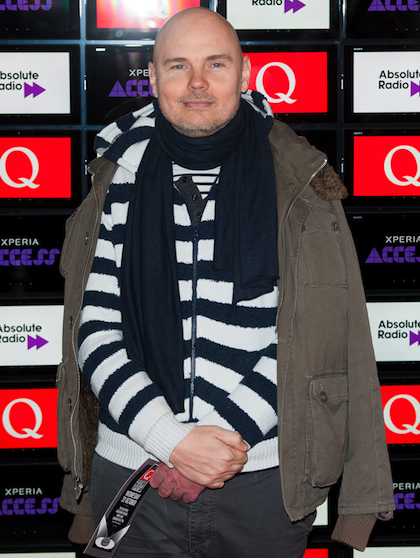 Billy Corgan is mainly known as the lead guitarist, lead vocalist, and primary lyricist for the band The Smashing Pumpkins, but I bet you didn’t know he was also a man of classy artisanal tastes, did you? He also owns a teahouse in Chicago called Madame Zuzu’s. What does this all mean? The opportunity of a lifetime, that’s what!

Corgan has collaborated with an online fancy food delivery service called Farmtopeople.com to put together a box of artisanal food for purchase that is described as being “perfect for Father’s day.” The box will feature tea and “vegan and paleo treats” from Madame Zuzu’s; so, perfect for Father’s Day if your father happens to be a vegan/paleo health nut and also loves The Smashing Pumpkins. However, the box won’t come to you completely black and covered with crosses or ghoulish faces, unfortunately. There won’t be a note saying "Despite all the taste, I’d still be a rat in cage,” but if you’re lucky, you might get something like that...

The really interesting thing about this is that three lucky tasting box customers will get a personalized message written to them from Corgan himself. The notes have been described on The Smashing Pumpkins home website as being akin to getting a Golden Ticket from Willy Wonka. Does this mean you can get a tour of what kind of witchcraft goes on behind the scenes of Madame Zuzu’s? Will he make loosely written connections between his lyrics and the food you’re about to enjoy? We can only hope so.

Interested in getting a box of Corgan’s food for your dad on this Father’s Day? Or better yet, just for yourself? Check out this link to find out more!