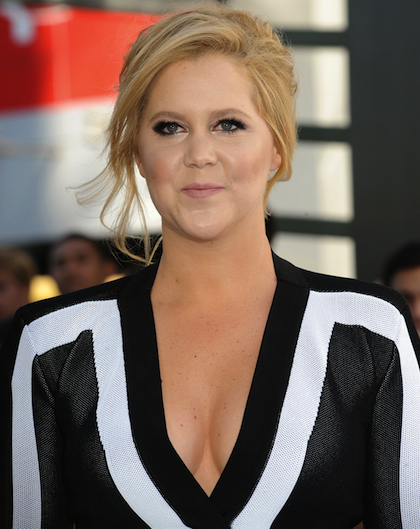 Amy Schumer is really breaking through lately. Of course, most comedy fans have been aware of her for years, thanks to her stand-up and her Comedy Central sketch show “Inside Amy Schumer”. And now, with her own Judd Apatow-directed feature film coming out this July called Trainwreck, more people are starting to find out who this Amy Schumer lady is. I was actually walking around with a friend recently when we saw a poster for “Inside Amy Schumer”. My friend (we’ll call her Snowball to completely protect her identity) said, “I saw some of that girl’s show. It’s funny. Crazy how she came out of nowhere.” I can assure you that Schumer has been hard at work in comedy for a long time now, and another comedy director and friend of Apatow named Paul Feig has taken notice of her hard work.

Feig is best-known for creating “Freaks and Geeks”, which Apatow worked on and starred much of his future film roster. Feig is also known for his directorial work on the female-driven comedy films Bridesmaids, The Heat, the upcoming Spy, and the soon-to-be in production all-female Ghostbusters. You may have noticed that all of these movies star Melissa McCarthy. Something that you may not have noticed, however, is that the last three are action comedies, which is exactly what Feig wants to make with Schumer.

The good news about this Feig/Schumer team-up is that The Heat and rumored Ghostbusters screenwriter Katie Dippold has already written a script for just such an occasion. (If you want to see her in person, she performs improv at the UCB on Franklin in L.A. every Monday with her group The Smokes.) It might be a while before the Feig/Schumer movie is in production, as Schumer and her sister are tweaking the script to make it more suited to Schumer’s voice. The title has not been released, but we do know the plot. The story will revolve around a mother and daughter trapped “in a vacation gone wrong.” Since this is an action comedy, it could mean a crazy road trip movie, but personally I would like to see the mother and daughter have to escape a resort where a Die Hard-style terrorist plot is going on. No matter what the plot, I’m sure McCarthy will have some sort of part to play in it. It’d be nice if she played a bad guy (girl? woman?) for a change of pace.

No matter what, this sounds exciting to me. I love “Inside Amy Schumer”, and as far as action comedies go, The Heat is friggin’ awesome… especially with the infamous Denny’s scene. (If you don’t want to watch The Heat, then just watch that scene and come to a conclusion based on that.) Until we know more about this movie, remember that Trainwreck starring Schumer is out on July 17 and Spy starring McCarthy and directed by Feig is out June 6 -- That’s right around the corner! Check out the trailer: