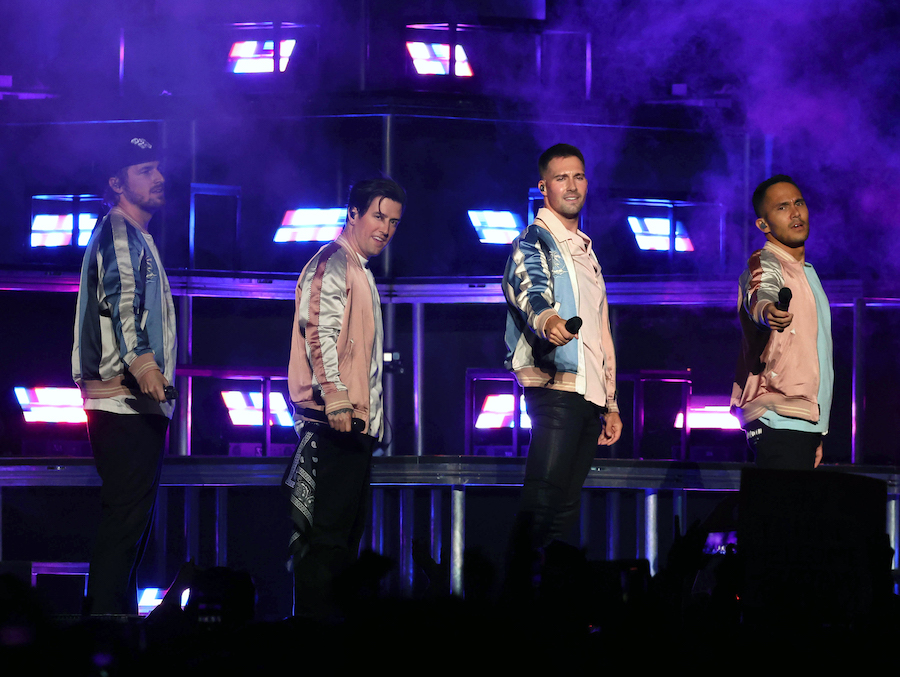 When Big Time Rush announced their official comeback last Summer, we were Big Time excited! We had no idea what was in store, but we knew that as long as Kendall, James, Carlos, and Logan were making music together again, all would be well with the world. By September of 2021, the boys started teasing a new song, “Not Giving You Up”, on their official social media accounts. Over the course of the year, BTR started slowly rolling out some new singles, and we love every one of them. Although we will no longer be seeing James with insanely orange spray tan or Carlos with his trusty helmet, their lively new music proves that BTR is most definitely the same band we’ve always known and loved.

All of the songs that BTR has released this year have immaculate Summer vibes. So, while we still have a few weeks left of Summer, let’s jam out to BTRs 4 post-hiatus hits (and the sneak-peak of their single which is set to release on August 19)!

Released on December 13 of 2021, this was the first single that BTR gifted us after 8 years. I’m just going to “Call It Like I See It" and say that this song is a 10/10. Listening to this upbeat tune feels like you’re rolling in sunshine. The second that Kendall comes in with the first solo, we can tell exactly who is singing, just like the good old days of Nickelodeon-era BTR. The vibrant instrumentals throughout and the trippy audio effects used in the second verse take the song to the next level.

Although we were given a preview of this song back in September, “Not Giving You Up” wasn’t released until February 25 of this year. The boys sing the lyrics “When it comes to you, girl, I'm prepared to do anything that it takes” and “Just name it girl, you know that I’ll be on it”, and we can’t help but notice that these lyrics are extremely reminiscent of their 2010 song “Any Kind of Guy”, which had lyrics such as “any kind of guy you want, girl, that’s the guy I’ll be” and “you decide, change your mind, I will be there.” In the “Not Giving You Up” music video, leading lady Sydney Park goes to “Big Time Relationship Services” to learn a few lessons in getting over someone. Throughout the video, which is just as fun as this cheerful song, the boys bless us with some nostalgic choreography.

This song was released on June 10, and we’ve been obsessed with it ever since. “Fall” has a light, airy, dreamy feel to it. This track somehow relaxes and simultaneously hypes up the listener. James starts us off strong with his swoon-worthy vocals, and it only gets better when the chorus comes around and the angelic harmonies hit. Plus, the retro music video gives us quite a few juicy behind-the-scenes tidbits that you won’t want to miss!

The latest BTR release, “Honey”, hit streaming platforms on June 30. The second you listen to this, it’s guaranteed to be “stuck like honey” in your head. In this sweet new song, the boys sing about being incredibly drawn to someone. As if the song itself isn’t exhilarating enough, the music video features the boys performing the song live in concert. The enthusiastic fans in the video encapsulate exactly how we feel watching BTR sing and dance their hearts out. If you weren’t able to make it to BTR’s Forever Tour this summer, this video is definitely the next best thing.

If the “Honey” video has you so pumped for BTR that you want nothing more than to catch one of their last shows… you’re in luck! You can still see them live through September 24. Check out their website to get your tickets or request a show near you!

The cherry on top? BTR is collaborating with musical artist Maffio on the upcoming song “Dale Pá Ya”, which comes out in just a few weeks! The band turned to TikTok to share part of the chorus, show off some moves, and start the #dalepayachallenge for fans to jump in!

@bigtimerush#dalepayachallenge Now you know the moves!! Use this sound and show us what you’ve got ??✨#bigtimerush♬ Dale Pa' Ya - Big Time Rush

It’s time to crank up the BTR! In the wise words of our favorite boy band, “it’s the only life you got, so you gotta live it big time”!

@bigtimerush Use this sound and show us your MOVES!! ?? #dalepayachallenge#newmusic♬ Dale Pa' Ya - Big Time Rush