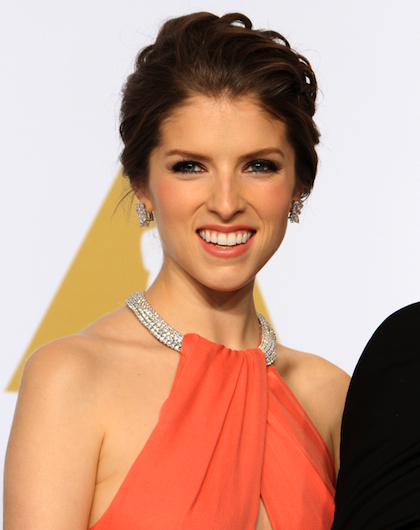 Pitch Perfect 2 is quickly coming up on its theater release, and we couldn’t be any more excited! They finally released a trailer that gives us a little information about the plot of the Elizabeth Banks-directed sequel. Check it out!

I’m most excited about the Riff-Off. Yes, there will be another Riff-Off with some Green Bay Packers!

A majority of the cast will be returning to bring musical delight to our ears. Did you catch Anna Kendrick belting out a classic Carrie Underwood song?

If you want to hear Anna Kendrick in an A-CA-MAZING musical performance, you should check her out in The Last Five Years.

The film is based on a musical by Jason Robert Brown, so Anna will be singing in a good majority of the film.

Kendrick has proven herself to be very talented and capable actress, earning nominations for a Golden Globe, Academy Award, and BAFTA for Best Supporting Actress for her role in Up in the Air. She started acting at age ten, and when she was twelve, she got her breakthrough role in a Broadway musical. She continued to act in non-musical parts as well, including her role as Jessica in the Twilight Saga. Although she excelled in her acting career, she was born to sing, finding musical roles in Pitch Perfect, Into the Woods, and now, The Last Five Years.

She can even rap…

Well, sort of. Throwback to the Riff-Off instead of the "Cups" song, because I’m sure everyone is done with that song, especially Anna.

Anna Kendrick is pretty much amazing and hilarious. Anyone who follows her on Twitter knows exactly what I’m talking about.

Sometimes I legitimately get bummed that I'm not in any of the Step Up movies.

Peanut butter on triscuits and I'm not even stoned.

Guys, it happened. I met Beyonce. And she is an angel. And I am not worthy. And I will never stop shaking. #PatheticFanGirlOfTheYear

And of course there was her amazing appearance during Neil Patrick Harris's opening number at the Oscars on Sunday night:

Anna Kendrick is my spirit animal.

We are very excited for Anna and her busy, exciting future, and we can’t wait to see what she has in store for us!

Don’t forget that Pitch Perfect 2 comes out on May 15!