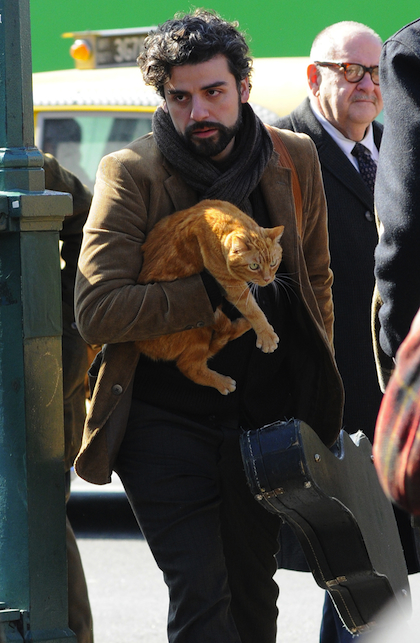 As that jolly old elf known as Santa toils away somewhere up in the North Pole updating his list for a second or perhaps third time, film nuts like myself are busy compiling special lists of our own. Now not to worry, we’re not conducting surveillance on your kids like good ole’ St. Nick or anything like that. But certainly you must have noticed that every year around this time “Best of the Year” lists start popping up more frequently than advertisements for A Christmas Story on TBS. As 2013 draws to its conclusion, the best books, albums, television shows, and movies are compiled and catalogued into neat little bundles for easy viewer consumption. Now, I myself enjoy reading these lists for two reasons: The first is that they serve as lovely little reminders as to which films I have missed out on seeing in theaters, and which ones that I should potentially catch up on first; The second reason that I like these lists is that most of the critics who write them are forced to sum up their reasons for liking the movie fairly quickly, and this in turns allows them to actually focus their writing on the movie itself. Now that is not a slam on all critics, just some.

Well, that’s enough mindless preaching for one day, so if it pleases the court, allow me to present to you my Top 5 Favorite Films of The Year. But, before I start, I do feel the need to make something clear -- I am a busy little bee that works a daytime job, and I’ll tell you right now that writing about movies is not it. As such, there is only so much time in my schedule to see films, so when you read this list you might be surprised to find some popular choices missing. So to the likes of 12 Years a Slave, Her, Captain Phillips, and Percy Jackson: The Sea of Monsters, I respectfully tip my hat to your successes and I hope to see y’all soon. Now that that’s out of the way, lets continue on with my weird list of favorite movies of the year.

The race to fill the top spot on this list was pretty dang close, but in the end, the Coen Brothers’ latest film ran away with my heart and promised me a beautiful life. Actually, if you’ve seen Inside Llewyn Davis, then you’ll know that this movie offers nothing of the sort. It is a sad, albeit funny little movie about a folk singer/songwriter who is essentially trapped in a hellish cycle of disappointment. The reasons as to why this is so ranges from it being his own damn fault to the agonizing realization that some people just can’t recognize true talent when they see it. I’ve only seen the film once, but I can assure you that I will revisit it again soon, as there are layers upon layers of subtext and hidden meaning that I have yet to peel back. It’s another beautiful film from two of the greatest filmmakers working today, and I highly recommend that you see it soon.

This movie strolled right up to me and punched my brain in the face. If someone can explain to me how that is even possible, I’ll be happy to listen. The visuals in Gravity are unparalleled, and that alone is reason enough for it to be on this list. We’ve seen plenty of movies that take place in Space, but the way it was shot gives the movie such an awe-inspiring scope and immerses the audience so much that you almost forget that they actually didn’t film this thing in Space. The excellent pacing and escalation of tension as the obstacles mount up certainly do no harm to the film either. But even more than that, there is some very nice storytelling going on in regards to the characters as well. Our two main (to be fair, our only), characters do not have a ton of given circumstances, nor are they Shakespearian in their depth. But they are people with thoughts and feelings that cleverly play against the cold and unforgiving environment that they are trapped in. They’re beacons of humanity in a vast an unending terrain of our reality that we’ve only just started to learn about. It’s a fantastic film that has once again, taken visual effects and elevated them to higher level of excitement, wonderment and, dare I say, art.

I had heard rumors about a third film in the Before... series for quite some time, so naturally when they announced that the director Richard Linklater and stars Ethan Hawke and Julie Delpy went off and completed the film in secret, I was pretty bowled over. If you haven’t seen this series of movies yet, then I urge you to go out and watch them now. I would normally try to bring you up to speed for the purposes of this article, but I don’t want to spoil a single thing about them. Basically, Before Midnight tells the story of what happens when the fairy tale comes to an end. It’s one thing to be sporadic and carefree when you’re young and just starting a relationship; it is quite another to keep up that level of spontaneity and fervent passion when you are married with three children. These movies have always been great because of the rich dialogue and interplay between the two characters that allow you to not only see them fall in love, but to also see why they fell in love. It’s very rare to see a movie so focused on just a single relationship between two people that doesn’t get bogged down by outside circumstances or problems, even if such things do exist and play a part in the story. Before Midnight is just as involving and brilliantly crafted as the first two, and a fitting way to end one of the greatest trilogies of our generation.

You better believe that I’m slapping this bad boy on my list. Spring Breakers, as it was advertised, was a pleasant little trap set for unsuspecting audiences. What do I mean by that? Well, all of the advertisements for the film made it seem like it was just going to be a mindless thriller featuring girls in bikinis committing crimes. And that in and of itself is fine and dandy, but the audiences who went in just to see a flick about girls in bikinis behaving badly were surprised to find that they were actually watching a thoughtfully made satire about the prices you pay for leading excessive lifestyles. The film is visually captivating and edited together in such a strange and stylistic way, but for a purpose and not just for the sake of being artistic. The repetition of dialogue and odd jumps ahead in the timeline may seem jarring and pointless to some, but I for one liked the Kurt Vonnegut-esque idea that all of the events in the film have already happened and the film itself acts as a meditation on why things transpired in the way that they did. Oh, and our four main characters wear nothing but bikinis for the entirety of the film. Have I mentioned that yet?

Evil Dead has made this list for two reasons: first, each time I saw this film, I left the theater really feeling like I had been through a positive cinematic experience; the second is that I am just so damned pleased to have finally seen a decently-made horror film. The Conjuring sort of fits into this category as well, but I’m going with Evil Dead because the film had the courage to fully embrace what it was, without sheepishly adding in all of the idiotic tropes that most other horror movies suffer from in order to offer a backhanded apology for its own existence. It was a gore-filled fright-fest that took a standard story that we’ve all seen before and put an interesting spin on it by having a clever story that didn’t talk down to the audience and characters that you did not hate. The horror genre is one that does not get much respect these days, and while that lack of respect is sometimes merited, I believe that it is a fine genre that is capable of producing work just as good as any other film genre out there. Now, had I seen a few more movies this year, Evil Dead might not be so high up on the list. But regardless of that, it is a film that I enjoyed quite a bit and certainly one of my favorites of 2013.

What were some of YOUR favorite films of the year?