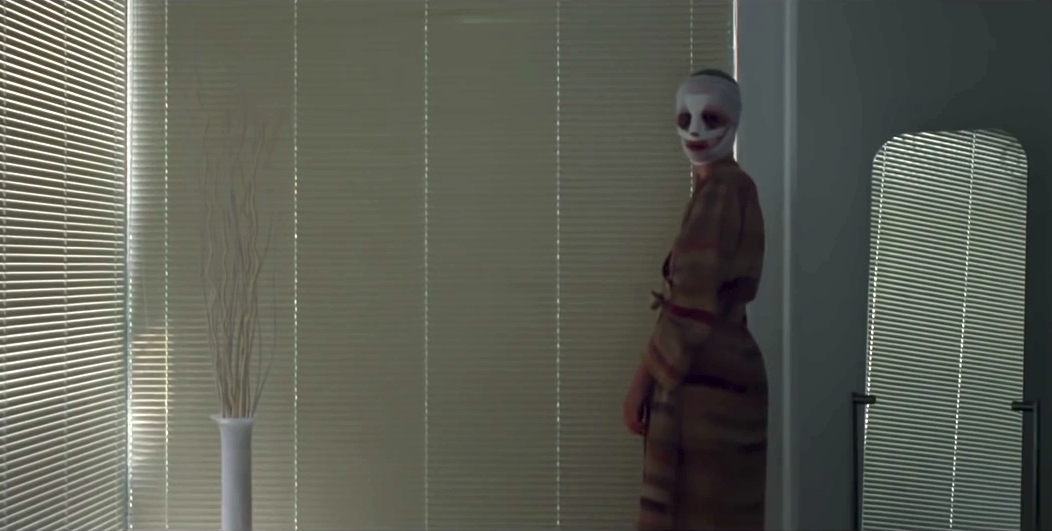 When I think of Austria, only one thing comes to mind: Arnold Schwarzenegger. But this article has absolutely nothing to do with Arnold (as far as I know). Austria recently exported something else into the entertainment biz, and that’s the game-changing horror movie Goodnight Mommy. I recently saw it, and on top of being completely unnerved at times, I really enjoyed it.

To set up the scenario of how I came to see this movie, I was having Sunday Funday with my cousin and her friend. We grabbed brunch and then were wondering what to do next. My cousin told me that she really wanted to see this horror movie that she saw the trailer for and it looked creepy. After we watched the trailer ourselves, we were sold. Before showing you the trailer, I should mention that the where theater we saw it only had three movies playing. The list included Grandma (with Lily Tomlin), The Visit (M. Night Shyamalan’s redemption), and, of course, Goodnight Mommy… in other words, it was a “Mommy Issues Matinee”. Here’s the trailer for Goodnight Mommy:

If you couldn’t tell by the trailer, the plot of the film is that the boy’s mother comes home after having some cosmetic surgery done to her face. As you find out pretty quickly, the mother is a TV host of some note in Austria, which explains her desire to keep up appearances. However, the twin boys do not believe that who came home is their mother, because her whole attitude and demeanor has changed. They soon believe that this person is an imposter, so they go in search of where their real mother is. Anything else to mention plot-wise would ruin the movie!

I won’t lie, before we saw the movie, I did laugh at times during the trailer, but I also laugh a lot during horror movies. I can’t help it, they’re just funny. Goodnight Mommy, however, does have some intentionally funny moments blended into it. It certainly isn’t a traditional horror movie either, and that’s not just because it’s foreign. It feels a bit like Drive at times, Gone Girl at others, and even like one of my favorite movies, The Night of the Hunter (1955). As far as other horror movies go, it definitely had to have been influenced by the Japanese horror film The Audition, which even horror movie aficionados Eli Roth and Rob Zombie have said is tough for them to watch. (Rumor has it that Rob Zombie has never even been able to finish it.)

If you have an issue with reading subtitles, as Goodnight Mommy is not dubbed over, but maybe you liked Drive, then this will be a good watch for you. There really isn’t much dialogue anyway. So much of this movie is expressed through actions and looks, like Drive. All I can say is that, if the twin boys from the film, Elias and Lukas Schwarz, continue acting, it’ll be interesting to see where they go. Susanne Wuest, who plays the mother-or-is-she in the film, gives a stellar performance as well.

What really makes Goodnight Mommy different from a lot of horror movies, besides the fact that it is more of a psychological thriller, is that the film kind of ditches the whole monster-chasing-you trope we have seen in countless other horror movies over the years. When I think of horror movies, traditionally my mind usually goes towards slasher flicks like Friday the 13th, A Nightmare on Elm Street, and Halloween. All of those feature monsters trying to kill teenagers and the people that get in the way. Goodnight Mommy flips the script a lot, but the most interesting thing to me is that the monster is more lurking in the shadows.

When we look at where horror movies come from, they seem to track all the way back to classic fairy tales, like those from the Brothers Grimm. If we can throw out the basis that Grimm fairy tales are almost exclusively moral parables, what do those stories all have in common? It’s the idea that the monster is under your bed and is actually a part of you, rather than some child-molesting burn victim with ultra dangerous gardening equipment chasing you in your dreams. Goodnight Mommy delivers just that and some more. So now that Fall is upon us, we might as well full-on surrender to Halloween and start getting scared regularly. Goodnight Mommy will do just that, but seeing it with your own mommy might be too unsettling...