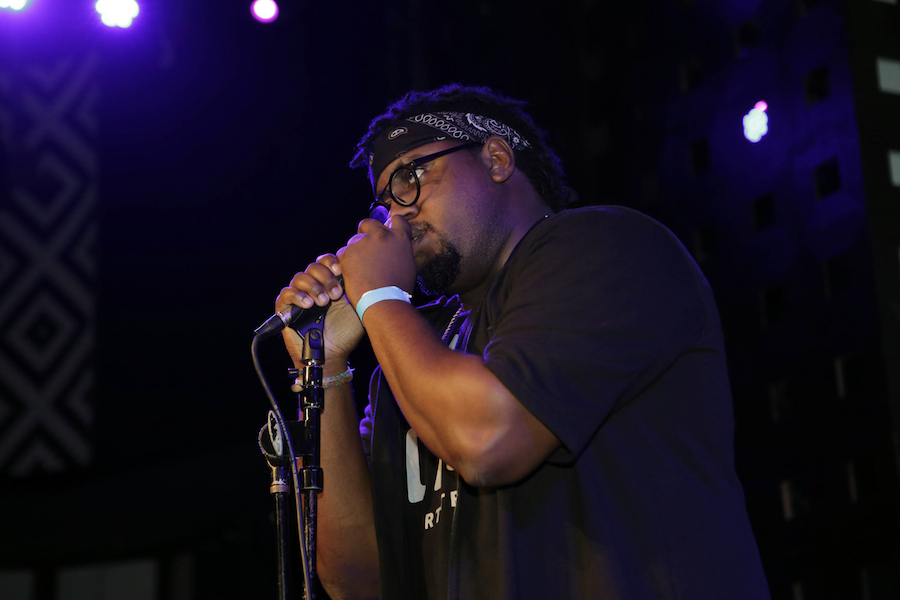 After initially releasing music under the name SPZRKT on his Soundcloud for three years, Xavier Omar made the switch to promote under his birth name because, according to his Tumblr, “My vision of my career has no ceiling, but [SPZRKT] placed a ceiling on me. I want to take this message as far as possible. I want a 5yr old or a 105 yr old to see my name and be able to say it.”

And, in his own words, his name is “pretty freaking cool.” We agree.

The San Antonian singer had heads turning with his The Everlasting Wave EP released in 2016. Soulful tracks like “Blind Man” and “Grown Woman” hooked listeners’ attention with his emotional and innovative lyrics about love (“A blind man could love you just for who you are / Got 20/20 vision and i still don't see ya flaws” from “Blind Man” is one of my favorites). The crooner has a voice unlike many others these days, with an ability to artfully pair R&B feeling with more Pop-sounding beats.

Omar first started out with producer Sango when the two were just getting their feet wet on Soundcloud. The Seattle-based producer has paired with Omar several times with tracks like “Sweet Holy Honey” on Sango’s album In The Comfort Of and on Omar’s album Hours Spent Loving You. Omar has stated that he felt pressure when creating his Everlasting Wave EP, as it was the first time Sango had no input on his work since 2013.

The singer recently wrapped up his gig opening for Andy Mineo during his The Uncomfortable Tour and is already set to perform at other venues this year, including the Milk and Cookies Festival in Atlanta.