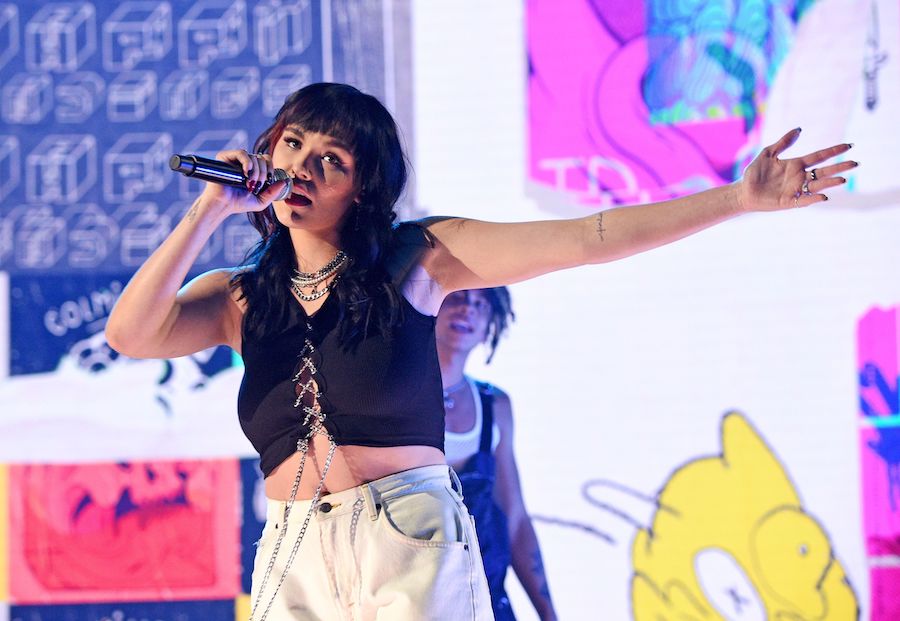 Upsahl, known all over socials as @upsahlmusic, is a musician from Phoenix, Arizona, now living her full-time rocker dreams in Los Angeles. She has experienced a steady rise to stardom due to her cool style, experience touring, innate musical talent, and overall allure. Recently, TikTok has been really the catalyst her skyrocketing to pop culture icon status. You probably have heard her single "Drugs", originally released in 2019. Saying it went viral on TikTok is the understatement of the century.

She even was reposted to Lizzo's socials for adding background music and vocals to the singer's iconic David Letterman interview. Upsahl turned Lizzo's statement that she could run circles around anyone "spiritually. mentally, physically, financially" into a bonafide anthem, raking in over 500k totally well-deserved likes. Upsahl's talent for adding musical backing and background vocals to viral TikToks have been one hit after another. In her duet with the insanely funny Chelsea Handler, most of the comments are just like "these are so satisfying."

No one can get enough of Upsahl.

##duet with @upsahlmusic mmmm... ITS THE REMIX

I recently spoke with Upsahl about how she got the idea to turn funny TikToks into little hit singles, and she said, "The duets started at the beginning of [quarantine] when I had too much time on my hands, just got TikTok, saw a video of this person playing a character named Rosa, and me and my roommate would quote the video so much I eventually turned it into a song." She said one day it just clicked that she should post the duet on Tiktok, adding, "It blew up, and now making duets is like the only thing I know how to do on TikTok."

But Upsahl doesn't just make catchy TikToks -- she is a bonafide rock star-on-the-rise. Her new song, "Time of My Life" dropped last night (July 29) at midnight and it has already created a pretty big buzz. She told me the song "is about me being at a time of my life where I feel like the highs are so high and the lows are extremely low as well, and I feel like that's really common for people my age," which inspired the lyrics "how come all the worst days are in the time of my life..."

When it comes down to it, Upsahl seems to be resonating with all of us in Gen-Z on such a real level because she is redefining a carefree punk attitude for the 21st Century. She is Joan Jett meets Miley Cyrus, culminating in a timeless rock & roll attitude with a unique knowledge of what Gen-Z actually goes through. This is probably why her songs, such as TikTok-trendy audio "Drugs", have gone viral. In a moment where Machine Gun Kelly and Lil Huddy are so popular for their pop-punk approach to music in 2021, Upsahl is redefining it for us Gen-Z girls.