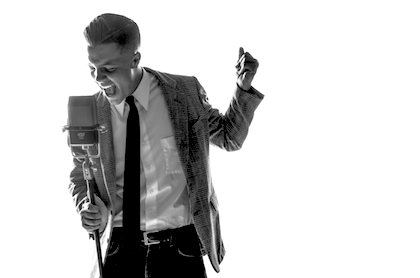 What more do you need other than a guy with good looks, soulful vocals, and an extreme musical talent? Nothing, I tell you! Nothing.

22-year-old singer-songwriter Tony Ferrari is breaking hearts everywhere and making waves through Hollywood with his refreshing and vintage flavor to pop music. You’ve probably seen him on YouTube and on NFL on FOX, but if not, don’t fret! I’ll give you a little background on this talented cutie.

As a natural athlete, Tony played sports all through school, but his grandpa, a published poet, inspired him to love writing. Even though he had a rough time transitioning from a private middle school to a public high school, Freshman year was the defining moment where he fell in love with music. He spent the majority of his lunches in the library with his earbuds in and reading books. Tony has no formal training in music, but his talents and inspirations come from Soul and Pop legends such as Sam Cooke, Marvin Gaye, and Al Greene. When he was 16, he picked up the guitar, and at 18 started singing (with Nat King Cole influences) and writing his own music. His album Gentleman is a compilation of songs that show his beliefs in everyone deserving to be loved and respected, especially women. Tony wants his listeners to remember that they always deserve the best (how sweet is he?).

“I am inspired by life, love, happiness and relationships. I find inspiration in my own experiences with love – finding it, being in it, losing it, and the crazy journey of self-discovery that comes with it,” Tony says.

After a 3-month residency at Hollywood’s Hotel Cafe, Tony will be headlining the legendary Troubadour on January 9 -- that's this Friday!

Until then, check out his performance on Living Room sessions, singing his song “I Won’t Go”, below!

Stream his album via Spotify below: