ARTIST TO WATCH: The Technicolors 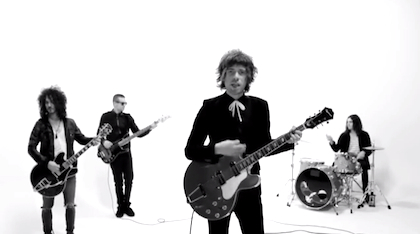 Contrary to popular belief, Arizona is more than a lot of dirt and heat in the desert. The Phoenix metro area has an amazing indie and rock music scene, with the likes of The Maine, Jimmy Eat World, and even fun. having roots in the Southwestern state. A new addition to the many deserving bands from the area is none other than The Technicolors.

Influenced by music legends like Roy Orbison and George Harrison, The Technicolors were formed in 2010, with a drive and a passion for wanting to make their good music accessible to people all over the country.

Anyone who loves great classic-sounding rock 'n’ roll, will definitely be able to help themselves to some of their offerings; it also doesn't hurt that lead singer Brennan Smiley looks like an older version of Harry Styles. Just sayin’…

Some of their recommended tracks include “Sweet Time” and “Hollywood”, both from their debut 2012 album Listener.

The Technicolors are experts at giving new music an old-fashioned, timeless feel, and although they are busy on tour right now -- hitting up festivals like Viva Phx and SXSW along the way -- whatever new music they put out in the near future will definitely cement them in the immortal annals of rock 'n’ roll history.