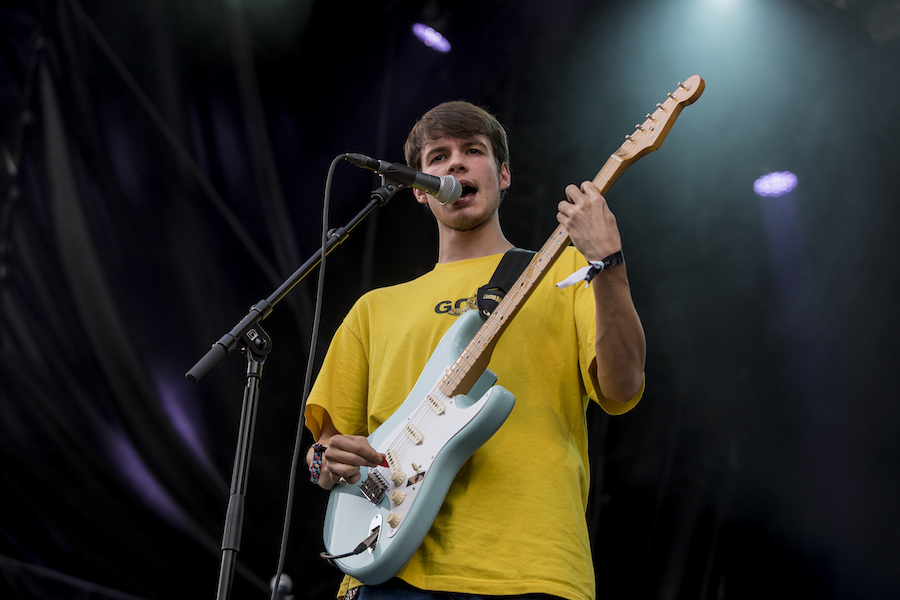 MeetRex Orange County, whose name isn't Rex and isn’t from Orange County. This artist’s name is Alex O’Connor, and his stage name comes from his initials—O.C.—and his breezy California vibes. Rex Orange County is having a really good year; after featuring on two Tyler, the Creator songs, his second album, Apricot Princess, has been getting the recognition it deserves. He has begun touring the U.S., selling out all his shows and singing to a bigger fan base every time. Here’s what you need to know about this refreshing new artist who’s about to hit the big time!

Alex O’Connor is 19 years old, with the shy, wonderstruck attitude in his interviews to prove it. He’s from a town outside of London called Halesmere, and when he was 16, he got into the BRIT school, a music academy with graduates that include Adele andKing Krule. O’Connor started off as a drummer, but quickly found he had things to say. Once he started focusing on singing, he quickly released his first full-length album on his own on SoundCloud, Bcos U Will Never B Free. “A Song About Being Sad” will mess you up, in the best way. It’s so full of raw truth and pain without being overdramatic or wallowing like a lot of sad songs can be. Listen and you’ll understand.

Talk about truth in advertizing.

Rex’s second album, Apricot Princess, came out in 2017 and is much more cheery. That’s because it’s about Rex’s first true love. According to Rex, the fresh yet nostalgic album reflects “how I felt when meeting someone who I was really in love with for the first time, and being together and receiving love back for the first time.” Listen to the song “Apricot Princess” if you want a quick summary of what Rex is all about. The upbeat cymbals and lovey lyrics are part of this album’s signature ~good vibes~ sound, with just a little bit of anxiousness thrown in because he’s still nineteen and nothing is ever certain.

One of Rex’s musical influences, Tyler, the Creator, found Apricot Princess on SoundCloud and flew him to L.A. to collaborate. Check out Tyler’s song featuring Rex, “Boredom”, just in time for your annual Summer angst. Rex’s vocals perfectly capture the sleepy boredom and loneliness of Summer vacation.

His new single, “Loving Is Easy”, will cleanse your palate after “Boredom” and remind you that Summer can be fun! Everything will be okay! The hopeful vibe of this song is why it should be your song of the Summer, every Summer. The more you listen to it, the better you’ll feel. Loving Rex Orange County is easy!