One Year Later: Everything You Need to Know About "Pretty Little Liars" Spinoff "The Perfectionists"! 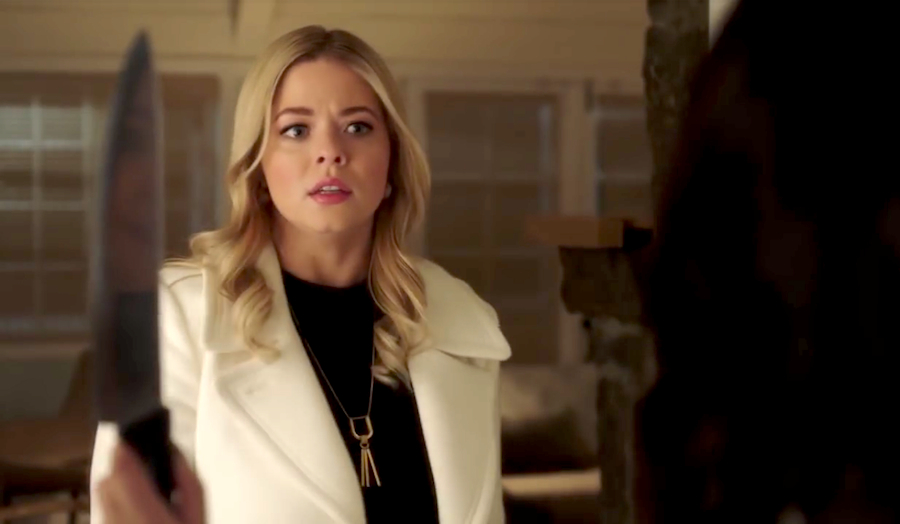 Is anyone else having major PLL withdrawals?

You’re not alone! It’s been exactly one year today since the final episode of "Pretty Little Liars" aired, breaking the shocking news of Spencer’s evil twin and wrapping up seven seasons of secrets, lies, and plenty of creepy texts from A.

Lucky for us, the drama in Rosewood is far from over and there are definitely more secrets to uncover in the upcoming spinoff, "The Perfectionists".

The new series picks up two years after we left the Liars, but they’re no longer in the perfectly manicured Pennsylvania suburb. For reasons we’ve yet to find out, Alison (Sasha Pieterse) has packed up her life and is moving to Oregon, where she’s now a professor at Beacon Heights University.

The series will revolve around Alison, Mona (Janel Parrish), and a cast of new troubled characters known as The Perfectionists. For PLL superfans who followed the book series along with the show, this name might sound a little familiar. This pretty little spinoff is based off another series by author Sara Shepard, titled -- you guessed it -- The Perfectionists.

Similar to PLL, The Perfectionists book follows a group of five girls trying to unravel the truth behind a murder in their seemingly perfect suburban town. I. Marlene King, executive producer of "Pretty Little Liars", revealed that the show will tie together both stories. While "Pretty Little Liars" followed the first four books very closely, "The Perfectionists" will diverge more from the book as it weaves in Ali and Mona.

While we uncover the secrets of the not-so perfect Perfectionists, we might finally get some answers about how we left the Liars in Rosewood... and Paris.

The two-hour penultimate episode ended with a fabulously creepy Mona scene, where we learn she’s holding Spencer’s evil twin, Alex, and Mary Drake hostage in a life-sized dollhouse in Paris. As for where they are now, Marlene says we’ll get that answer “in a very cheeky, Mona way.”

Mona’s character is expected to develop a lot over the new series, as we learn more about her newfound friendship with Alison. Marlene says there may even be a romantic relationship in store for her!

There’s no word on the current status of Ali’s relationship with Emily (Shay Mitchell), but Marlene has confirmed their twins will be in the show. The EP also says she’s working on writing a new storyline for Spencer (Troian Bellisario) and Toby (Keegan Allen), where Spencer is finishing up her law degree while Toby builds houses for the homeless in Philadelphia. Honestly, it’s everything we could want from a Spoby reunion. Sofia Carson will be joining the cast in this new series as well as Ava Jalali; hear her tell us all about it below!

As for the other Liars? Both Ashley Benson (Hanna) and Troian have said they would like to direct an episode of "The Perfectionists" in the future.

To find out if they make any on-screen cameos, you’ll have to tune into the show when it airs on Freeform in 2019!