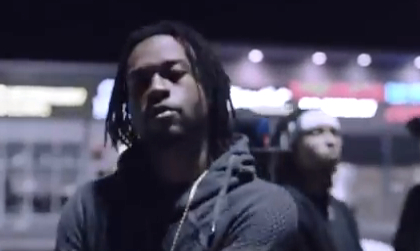 It’s hard for an up-and-coming artist, especially a rapper, to get the seal of approval from an already-established act, but once you do get that oh-so prized endorsement from your fave, it’s almost like a sure-fire thing that your own success is in the cards.

Such is the case with Canadian vocalist PARTYNEXTDOOR, who, after having established a connection with fellow Canadian hip-hop maven and modern rap’s pride-and-joy, Drake, is on his own way to becoming a hugely recognized and lauded R&B star.

Although not much is known about the life and times of this lyricist from up north, we do know that Jahron Anthony Brathwaite was born in 1993, was one of the very first artists ever to sign to Drizzy’s OVO Sound music collaborative, and, quite simply, makes awesome music.

A lot of PARTYNEXTDOOR’s records, much like the style of friend/mentor Drake, is emotionally charged, and a nice change of pace than the usual gritty and flashy fodder that populates the urban hip-hop airwaves.

Some of his recommended hits include “Break From Toronto”, “Wus Good/Curios”, and “Muse”, although there are many more tracks worth listening to on his self-titled, debut EP. (Warning: Naughty language!)

This surely isn’t the last we’ll hear from PARTYNEXTDOOR. With his unique, emotive, and sensitive mix of R&B over hip-hop beats, we’re literally crying out for more!