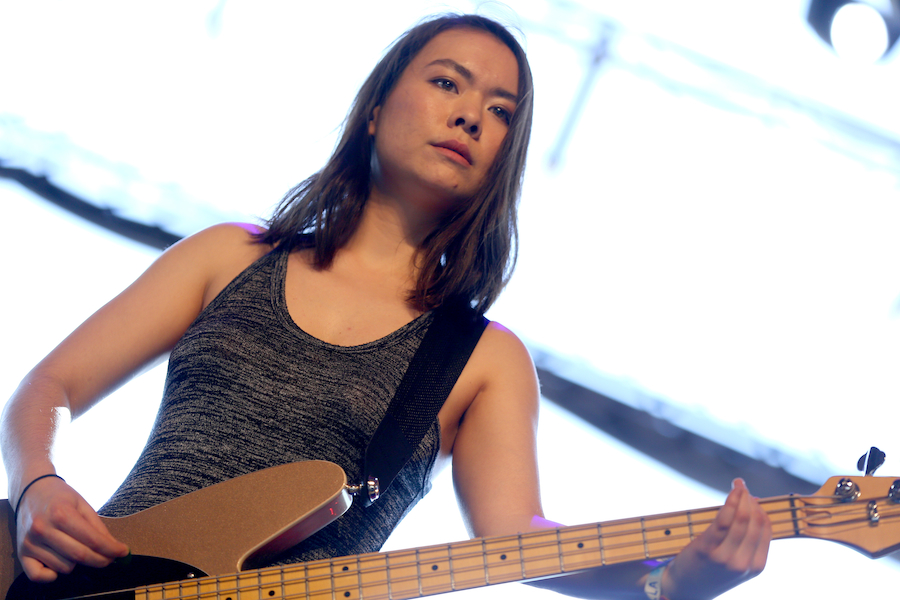 If you’re ready to hear one of the most versatile indie voices out there, get ready to become a fan of Japanese-American singer and songwriterMitski. Born Mitsuki Laycock, she burst onto the scene in 2012 with her debut album Lush, which she actually produced while studying at the Conservatory of Music at Purchase College in New York. Lush introduced listeners to Mitski’s strong lyrical work while also demonstrating some of the themes found throughout all of her discography: regret, failed relationships, and unrequited love.

It’s also certainly impressive knowing she made not one, but two albums while in college, releasing Retired from Sad, New Career in Business in 2013. She continued to build her style, and the song “Square” showcased impeccable violin work as well as Mitski’s impactful voice, growing from gentle and serene to powerful and back down again on a dime.

In 2014, after graduating, Mitski came out with her third album, Bury Me at Makeout Reef. This album stood as a somewhat significant change from her previous works, as she transitioned into a true indie rock artist, but she does not abandon the impactful lyrical work and themes that made her such a great musician in the first place. “First Love/Late Spring”, which echoes the theme of changing seasons, could be a reference to Japanese filmmakerYasujiro Ozu’s work, as many of his films dealt with change and the passing of time. The song even partially shares its title with one of his films, Late Spring.

A beautiful example of her lyrical mastery on this album is “Francis Forever”, a song with such longing emotion it’s hard not to let your own emotions surface while listening. It’s a truly evocative piece about the fear of not being loved, as the chorus goes: “I don’t need the world to see that I’ve been the best I can be / But I don’t think I could stand to be where you can’t see me...”

She released another album in 2016 called Puberty 2, and followed it up with this year’s Be the Cowboy, both works scoring an identical score of 87 on Metacritic. The hype began for her newest album when she released the singles “Geyser” and “Nobody” along with fantastic music videos to accompany them. She then unveiled the track “Two Slow Dancers”, a beautifully heartbreaking ballad that is destined to produce tears from its listeners for years to come.

Mitski performed at this year's Coachella, and you can catch her touring Europe and the U.S. starting this month -- you might want to see this rising superstar so you can brag to your friends you saw her live before she was mainstream!