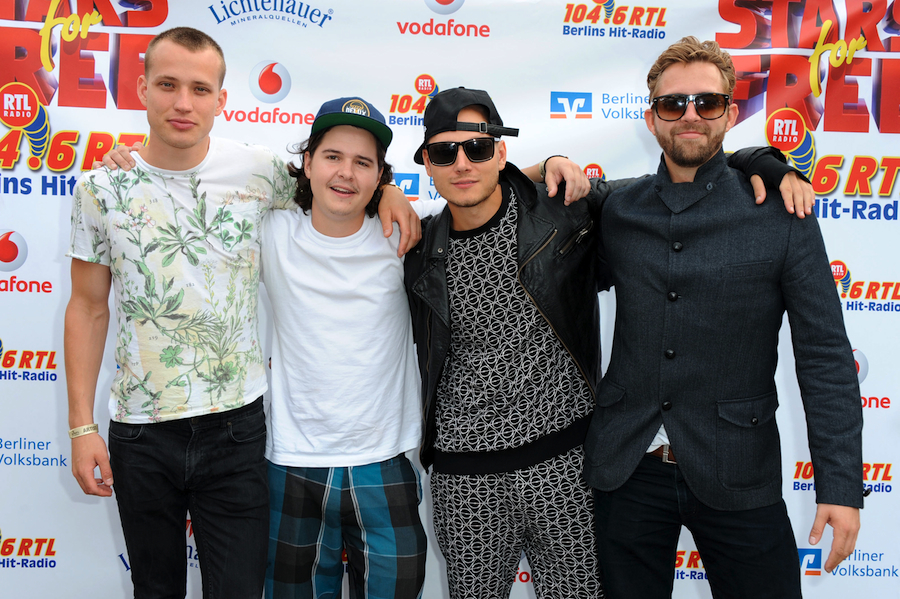 Lukas Graham, made up of talented musiciansLukas Graham Forchhammer, Mark Falgren, Magnus Larsson, Kasper Daugaard, started making music in Denmark 5 years ago and nothing has slowed down since.

If you didn’t know, these guys actually released videos on YouTube before getting started. After receiving many, many, MANY views they scored their first record deal with Copenhagen Records and released their first self-titled album back in 2012, which was a hit in Denmark. They were soon signed to Warner Bros. after much success in Europe!

Their biggest single, “7 Years”, was an instant hit around the world when it dropped in September, but get this — it wasn’t released in the U.K. until last month, and once it was, it shot straight to the top of the U.K. Singles chart! The song is actually about lead vocalist Forchhammer reflecting on his childhood while looking to the future. On YouTube, Graham said, “A mix of Christiania, Copenhagen, and Los Angeles is combined to give you a beautiful imagery to help the song along. I really hope you like it." The track definitely takes you on a life journey and the many different perspectives you have in that life.

Their self-titled album will be released on March 25 and you can pre-order it right NOW! They are also heading out on tour, just three days after their album release, so make sure to check out their official website to see when you could catch them live. You better hurry – some shows are already SOLD OUT!

We’re happy that the rest of the world who are only just getting to know us will soon be able to get our album. Preorder now at @AppleMusic. http://smarturl.it/LGAppleMusic, Out March 25th!

A photo posted by Lukas Graham POV #NoFilter (@lukasgraham) on