It's A Small World, and 5 Other Disney Rides That Should Be Made Into Movies! 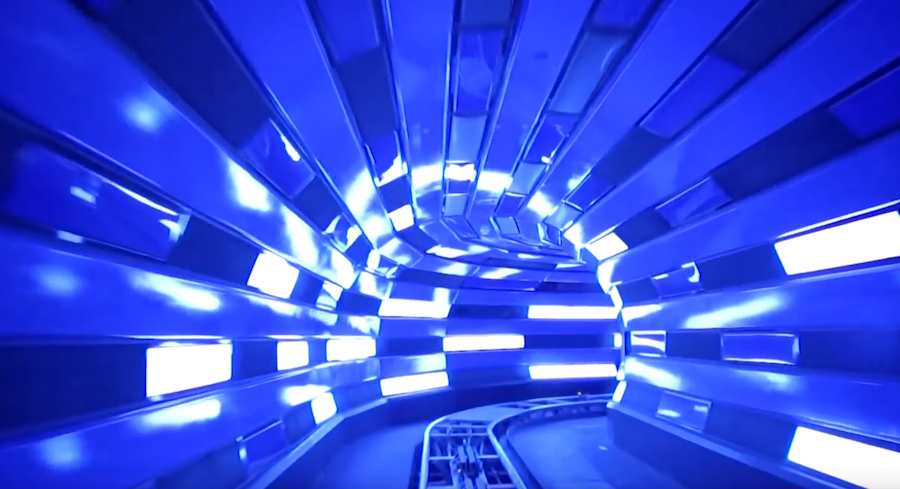 In Disney’s continued attempts to take over the universe, the studio recently announced that they are working on a movie based on the ride-designed-to-drive-parents-insane, It’s a Small World. Meet The Fockers scribes Tim Rasmussen and Vince Di Meglio will pen the script, which is surprisingly not a horror film. Disney has not yet actually said what type of film the ride will be, but judging by Rasmussen and Di Meglio's previous endeavors (Marmaduke, License to Wed), I’m going to guess it's family friendly. I find this a tad disappointing, to be honest, as I think It’s a Small World would be the perfect fodder for a horror film. Imagine all those creepy dolls slowly coming to life to take down an innocent family -- they softly sing “It’s a Small World After All” over and over as they inch closer and closer to the unsuspecting guests. It would be more horrifying than The Shining!

Although Disney will most likely never turn It’s a Small World into a horror film (one can dream!), there are a number of other original rides that could be turned into horror films -- or films of any genre, for that matter. Quite a few of Disney’s rides have interesting plotlines, and for the ones that don’t, there are plenty of creative writers who could come up with some. Here are just a few of the rides (current and retired) that should be turned into movies:

Speaking of horror movies, this short-lived ride that was in Disney’s California Adventure was a genuine nightmare. The slow-moving, dark ride disturbed so many guests that it only lasted a year (the Monster’s Inc, Mike and Sully to the Rescue! ride sits there now). The ride treated guests as though they were a new celebrity on their way to a Hollywood premiere, where they encountered grotesque caricatures of various celebrities such as Regis Philbin and Whoopi Goldberg. Although Disney likes to pretend that Superstar Limo never existed, I think they are making a mistake by not capitalizing on the terror of this ride. Imagine a surreal adventure/horror film directed by Tim Burton in which a new celebrity (played by Johnny Depp, of course) has to escape a parallel version of Hollywood in which all of the other celebrities have been transformed into monsters. The new celebrity only has three days to set things right before Hollywood transforms into a disgusting blob. I know I would want to see this film!

The one ride that I desperately wish was at Disneyland, The Great Movie Ride, is one of the more unique dark rides to be found in Disney parks. Built inside a facade of the Chinese Theatre, The Great Movie Ride takes guests on an adventure through -- you guessed it -- the movies! A tour guide leads the tram through scenes from The Wizard of Oz, Singin’ in the Rain, Alien, and Casablanca before ending in front of a bonanza of clips from various films. I believe that The Great Movie Ride would make a great family comedy similar in style to Night at the Museum. An unsuspecting tour guide could accidentally get sucked into the ride one night and has to race through the films to eventually get home. It could be like The Wizard of Oz, only through the movies rather than through Oz. The film could also work within a specific time frame -- say, classic Hollywood, and only focus on films from that time period.

Although there is already a Haunted Mansion movie based on the ride at Disneyland (and rumor has it another one is on its way), Phantom Manor is not the Haunted Mansion. Disneyland Paris’s take on the classic ride is much darker and disturbing than Disney’s. Phantom Manor sits in Disneyland Paris’s Frontierland, and actually shapes the whole mood of that land. The legend of Phantom Manor is that Henry Ravenswood struck gold and created the Thunder Mesa Mining Company, which helped to create the town Thunder Mesa (Frontierland). He built a mansion overlooking the town where he lived with his daughter, Melanie. Little did Henry know that the town was haunted by spirits who could create powerful earthquakes at their whim. Melanie went on to fall in love with a train engineer whom her father hated and tried to stop the wedding but ended up dying in a giant earthquake. Years later, the real story came out -- a phantom came to the house and hung Melanie’s groom in the attic. He laughed at the girl as she wandered the halls in her wedding dress, waiting for her groom to come. He invited all of his ghost friends over and they continued to taunt her. The house began to decay, and Melanie still yearned for her groom. 100 years have passed, and she still cries out for her lost love. Some fans believe the phantom to be her father, which is really disturbing for a Disney ride. This ride doesn’t even need a new plot -- it’s got Guillermo del Toro written all over it.

Considered a favorite ride among many Disney fans, Space Mountain is by far Disney’s most thrilling rollercoaster. The ride shoots passengers into the dark where they zip and zoom through space (space = endless neon lights). The ride’s thrill is that you have no idea where the track will take you next. Although that doesn’t seem like much to go off of for a movie, Disney has created more with a lot less. Space Mountain: The Movie would make a thrilling space adventure in the vein of Gravity or The Martian. Or, if Disney wanted to pull some inspiration from Star Wars, perhaps aliens could take down the astronauts (that’s not part of the ride, but the film doesn’t have to be exact canon).

The original roller coaster to hit Disneyland, Matterhorn Bobsleds is one of the most associated landmarks with Disneyland (aside from the castle). The coaster, which every few years undergoes a renovation that seems to make the ride even more dangerous, takes passengers through a Swiss mountain haunted by a yeti. It has been rumored that Disney is actually making a film based on the ride, which will focus on a group of adventurers who find themselves trapped on the mountain. As fun as this sounds, I think Matterhorn Bobsleds may work better as a comedy. The ride itself is pretty ridiculous (that yet is just not terrifying) and I like the idea of a yeti who just wants a few friends. Instead of being a suspense thriller, Matterhorn would make an absurd and fun buddy comedy.

What Disney rides do YOU think would make good movies?