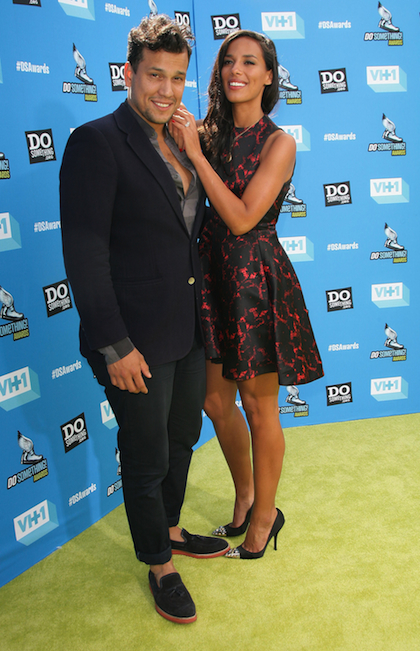 Over the years, there have been quite a few popular male/female musical duos in the music scene. Some names that come to mind include Zooey Deschanel’s group She & Him and also Roxette and The White Stripes. Then there are acts like Karmin, Brandon & Leah, and Captain & Tenille -- what do these duos have in common, you ask? These twosomes not only made a name for themselves as musicians, but they also just so happen to be real-life couples!

Nashville natives Amanda Sudano and Abner Ramirez, known to world by their group name JOHNNYSWIM, are a married couple that, despite making everyone envious of how cute they look together, are creating a cool mix of folk, blues, and pop into a sound that is uniquely their own.

It’s no surprise that these two found each other though. Sudano is the daughter of music icon Donna Summer, and Ramirez went to an arts school and studied to be a musician. Music runs in both of their veins, and it’s like they’re both each other’s musical soulmates.

After forming in 2005, releasing their first EP in 2008, and getting married in 2009, JOHNNYSWIM has been on the up-and-up, releasing two more extended plays and a whole slew of singles, the likes of which include this year’s “Heart Beats”, the duo’s most popular song and the one that is garnering them attention from people all over the folk nation.

Some other notable records include “Annie”, “Bonsoir”, and (just for fun) their almost too-cute to handle cover of “Baby It’s Cold Outside”, because their soulfully, folksy voices and the holiday season really do call for it…

There’s nothing better than seeing (and hearing) two people, as cliché as it sounds, who really do love each other, and if lovey dovey yet oh-so good folk is your cup of tea, then be sure to check out JOHNNYSWIM, because sooner or later, they’re going to be everywhere good music is played.