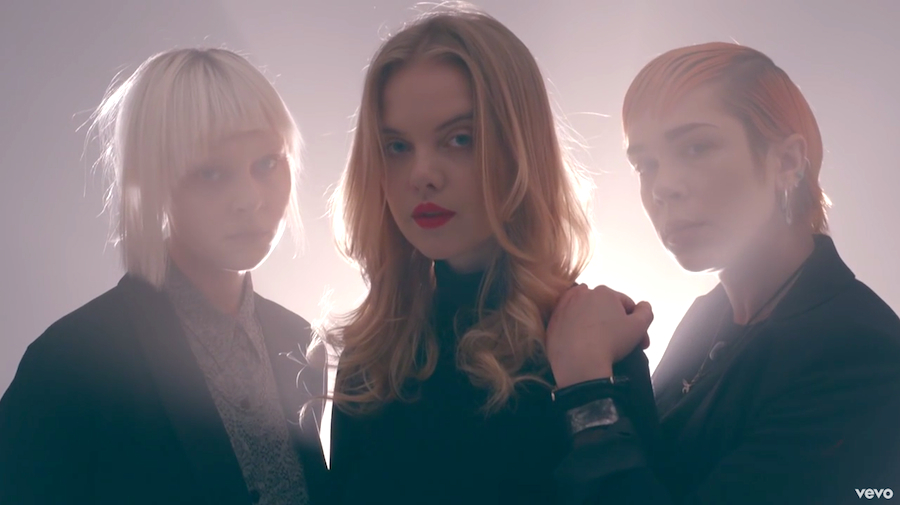 Punk is not dead and its future is female. The new British band Dream Wife is making headlines as the new alt-rock all-girls band who are here to challenge patriarchy. Their first single, "Somebody", which has over 240K views on YouTube, is already a feminism anthem, proving very relevant with lyrics like: "I am not my body / I am somebody." Their concerts are ravenous and their fandom is quickly growing, and if Dream Wife is somebody today, they have no one to thank but themselves.

Rakel Mjöll (lead singer), Alice Go (lead guitar), and Bella Podpadec (bass) refused to be fitted in any mold the record labels designed for them.

"We were going to these meetings where it seemed like people had an agenda for us just because we were women with instruments," said Mjöll in an interview with Rolling Stone. "They were rather into branding us before we even knew what we wanted to sound like.”

The band eventually found a home with Lucky Number Music label, but not before some experimentation of their own. Before being signed, the band decided that, as they were not comfortable doing what other labels asked them to do, their first tour would become a sort of DIY project that would end up giving them the last say over their career. Instead of waiting to be sponsored by any undesired labels, the band opted for playing shows wherever they were welcome and covered their expenses by crashing in friend's houses or kind strangers willing to lend a hand.

If anything, Dream Wife's start in music was an ode to what their band stands for. Their ability to see their worth and not be reduced to another marketable product is the core of what makes the band so empowering. From the beginning, thanks to the timeliness of songs like "Somebody", which addresses women's rights issues and their "bitches to the front" policy, Dream Wife has become synonymous with female empowerment. After the success of their self-titled first record, which came out earlier this year, there is no doubt that Dream Wife came to the music scene at the right time, and their presence is bound to be a long one.

"Janelle Monae released a video where she’s dressed like a vagina," Go said to Rolling Stone. "This is a great time for pop music, and women in music in general."