In Defense of Classic Disney Princesses! 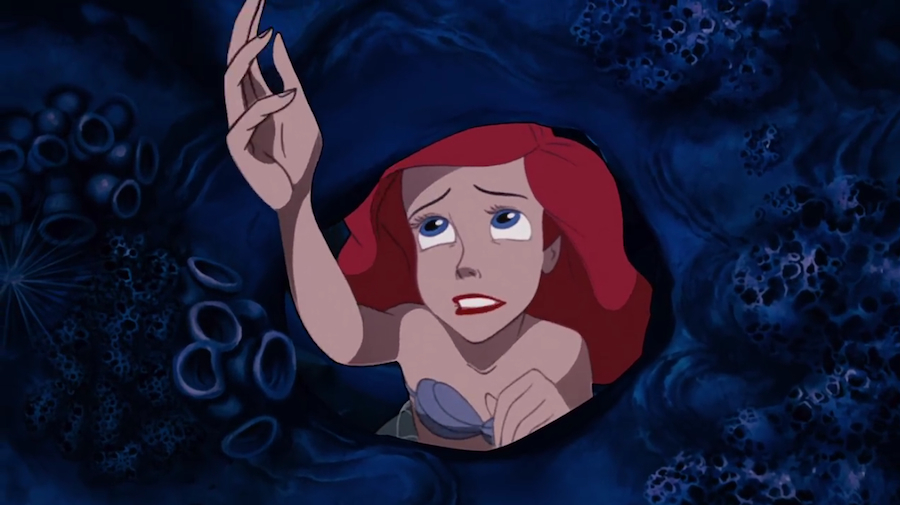 Hello hello hello. Recently, some particular Disney movies have come under fire, with celebs like Kristen Bell and Keira Knightley discussing the messages spread in some Disney films and how they don’t want their children to follow those lessons. While I can TOTALLY see their point of view, I am stepping in to defend these Disney movies. These movies are, in fact, fiction, and were created in a different generation, when not every Disney princess was as socially aware. Also, MANY of them are based on old fairy tales and folklore in books. So while there are some confusing messages from classic Disney films, let’s take a look at what proper lessons we can actually take away from these films, shall we?

Disclaimer: I’m not a parent, and I’m not trying to tell other parents how they should or should not raise their children. I just love Disney films and I think they should be given a chance!

The 1958 Walt Disney classic Cinderella has recently come under fire, with some worried that the message it conveys is to wait for a man to come save you. Well, let’s unpack this a little more. Cinderella has nothing; it’s not like she can up and leave her step-family and start fresh. She’d be homeless. Instead, she advocates for HERSELF, makes her own dress, and tries to get to the ball, where she may have some chance of finding love and getting out of an abusive home. After failing (because her stepsisters literally ripped her dress to shreds), she cries and is greeted by the Fairy Godmother, who spruces her up and sends her to the ball. Blah blah blah, we all know the plot from there to the end. But she doesn’t just “wait around” for the Prince to save her; again, it’s not like she can just leave the house and find him! She also gets LOCKED IN HER ROOM. There were obstacles preventing her from saving herself, but she ultimately does, and IS STILL KIND TO HER ABUSIVE FAMILY WHEN SHE LEAVES. These messages are brought to even more of a forefront in the 2015 live-action remake with Lily James, where we learn the most important lesson: "Have courage and be kind." In a day and age where girls are constantly being bombarded with messages from fictional media that they should become mean and bitter like their abusers and seek violent retribution, Cinderella reinforces the message that it takes MORE strength to be kind and compassionate than to give in to your demons. And anyways, if you think the messages are bad, just have them watch The Cheetah Girls after. Once they hear the song “Cinderella”, they’ll know they can be the hero of their own story.

Another film recently being criticised, many are saying the message of this film is to give up your voice if you want a man. Alright, I get what you mean here. Ariel literally signs away her voice so she can try to fall in love with a boy. But I think it’s more than that. She is so fascinated by humans, she so badly wants her father to understand that they’re not all barbarians. You can learn so much from people that aren’t like you. By signing away her voice and leaving the world she knows, she goes to discover a new world. Eric falls in love with her for her personality despite not having a voice; you can see it pretty clearly in the “Kiss the Girl” scene. It’s not just because of her looks. She knows that, once she gets that kiss, she’ll have her voice back and she can start to fix everything. She’s 16 and she’s naive and curious. She made a few mistakes, so sue her. I’m not a parent, but when I am, I am going to love watching this movie with my kids! Even if you think the underlying messages is about giving up your voice for a man, use that as a point of discussion after the movie! It’s a great and fun way to teach kids life lessons early on. Start that conversation, open up a dialogue instead of just preventing them from watching it. They can still enjoy and appreciate the movie, sing along to the songs, and know in the end what the messages behind it are.

Snow White was the first ever Walt Disney animated feature film. It’s old as dirt at this point. So the creators of it weren’t as “woke” as the creators of new Disney films like Zootopia, The Princess and the Frog, Frozen, etc. Snow White ran away from a terrifying situation, escaping death because of the jealous Evil Queen. She was forced to be a scullery maid her whole life. She was sheltered, alone, unaware of the FULL danger in the outside world. If anything, we should learn more of a message from the Queen’s actions than Snow White's -- Stop comparing yourself to others, and don’t try to hurt them (either physically or emotionally) just because you think they might be better than you. Beauty isn’t everything, but love and kindness are. Also, don’t poison young, naive, sheltered children with apples? Maybe? After nearly being murdered, Snow White ran away and stayed in a home she thought was abandoned, until she met the Dwarves. She cooks and cleans for them because she has literally been a maid her entire life. She never really got much other human interaction, so of course she trusted them; anyone was nicer than her evil stepmother that tried to kill her! Maybe she shouldn’t have taken an apple from a creepy old lady, so there’s another lesson I guess, but again, she made a mistake. She didn’t have much human interaction growing up, and probably thought it was just a kind gesture. Also, yes, you shouldn’t kiss someone without consent, but the only thing that would have saved her life was that kiss. He had already met and fell in love with her. He was saddened by her supposed death and probably wanted to give her a kiss goodbye. People do it with their loved ones at funerals all the time. The kiss was the only way to save her, even if he didn’t know it at the time. Without it, she’d be asleep in the glass coffin forever. She’s very happy she got that kiss once she woke up. It was an act of true love!! Anyways, moving on...

Now that we’ve discussed the lessons from the major films under fire, let’s take a look at some more awesome messages from other Disney films!

Same deal as Snow White. YES, kissing someone without consent is wrong! But Aurora met Phillip, fell in love with him, and they were even betrothed to marry each other (even though they were both unaware of it at the time). Prince Phillip didn’t kiss her just to be like “Oh cool this pretty girl is asleep and I like her, I’m gonna kiss her!” He did it to SAVE HER LIFE! He slayed a freaking dragon for her! She was under a curse, it’s not like she could save herself from the spindle, or wake herself up. I equate Phillip kissing her to someone giving someone else CPR. You do it to save their life (and to save the rest of the kingdom), not to be creepy with mouth-to-mouth action.

Okay, now let’s get into some movies that haven’t been under fire but still teach good lessons. MULAN!!! GIRLS CAN DO ANYTHING BOYS CAN DO!!! And sometimes, we do it better. Take risks. Fight for what is right. Fight for your family. If Mulan had never taken a chance, chopped off her hair with a sword (still iconic 20 years later), and posed as a man to fight for China, her Dad could have died or China could have lost the war. Sometimes the risks reap the greatest rewards. Don’t ever let anyone tell you that you can’t do something because of your gender, race, etc. Do you and be proud.

Always believe in yourself, dream big, and hard work pays off. Good things come to those who wait! Tiana didn’t need a prince to fix all of her problems. She wanted to make a name for herself HER way, and she followed her dreams even though they were crazy or seemed too big. She didn’t give up. A prince just so happened to fall into her lap and turn her into a frog, but he is not the reason why things worked out for her. Her hard work and determination is why she succeeded.

In the words of Olaf, “Some people are worth melting for.” You don’t need anyone but yourself and those you love around you. In the end, Elsa is queen, she doesn’t need a man by her side. She has her sister and that’s good enough. Family is forever and can be the truest, richest love. Also, embrace yourself and learn to love yourself as you come. If Elsa had just embraced her powers and learned to use them properly, no one would have had to get hurt. Don’t hide who you are in fear that others will judge you. The world is an imperfect place, there will always be judgement. But, if you learn to care about how you view yourself more than how others view you, you’re that much closer to making the world just a little brighter. We are all different, but that which makes us different makes us stronger.

Go out and explore! Rapunzel always wanted to see the floating lights. When she just couldn’t take another day in the tower, she left. She commanded Flynn into taking her to the floating lights. You can’t spend your whole life sheltered from the world. If you want to go out and see something, explore! Life is far too often wasted by WISHING we could do something instead of actually taking the initiative to do it. You have your whole life to work away and save money, you might as well go on the trip while you can. You never know what tomorrow will bring. Live in the moment and live for yourself.

Don’t judge a book by it’s cover!! This film hasn’t been under fire SUPER recently, but it has in the past with people believing it spreads the idea that "beastiality" or Stockholm Syndrome is okay. Belle lived a life of judgement for being smart, yet she was always so kind to everyone in the village. She knew that the Beast was a cursed human, so it’s not like she fell in love with a dog. She fell in love with a HUMAN that had been cursed. I believe she could have run from the castle at any moment, but she stayed to help and to figure him out. Sometimes people are jaded by their circumstances, and it takes digging a little deeper to see who they really are. She didn’t cower in her room because of his looks, but instead did her best to get to know him, and just so happened to fall in love along the way.

Live your own life and be authentic. Don’t settle! Jasmine fell in love with Aladdin, a street rat that needed to steal food to survive. She didn’t need a prince. He didn’t need to change for her to love him. And she didn’t ever want to settle for an arranged marriage to a man she didn’t love. The people you want to surround yourself with with love you for exactly who you are, no matter the circumstance. You don’t need a genie to help the person of your dreams fall for you (though they do make excellent friends). Fall in love on your own terms, and don’t change yourself in order to do it.