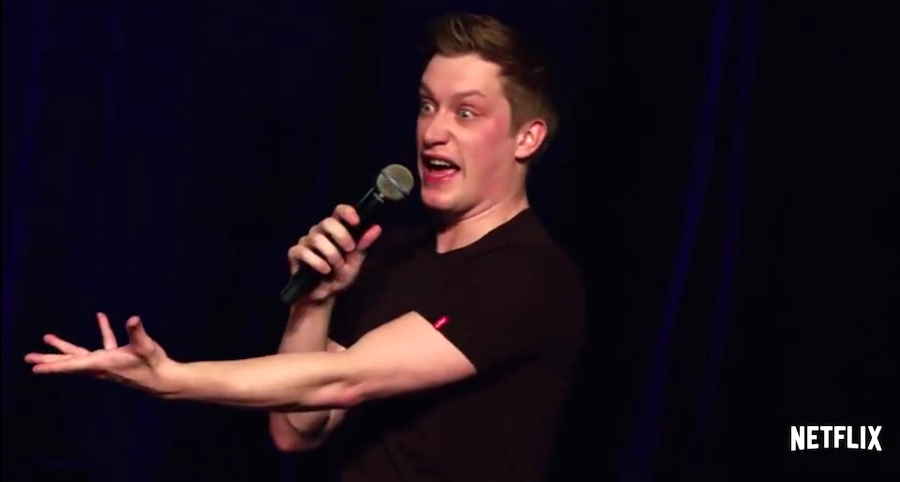 WARNING: Watching this comedy special could end your relationship. According to the comic Daniel Sloss, he is personally responsible for causing 5,000+ breakups, 28 cancelled engagements, and 33 divorces so far. Before we get to the why, let’s discover who this seemingly sociopathic comedian is...

Daniel Sloss is a 28-year-old stand-up comedian from Scotland. He got his start in comedy at the age of 16, when his mom met the comedian Frankie Boyle and mentioned that her son was a natural comic. Boyle gave Sloss his “big break” by letting him write a bit of material for a BBC comedy show “Mock the Week”. From there, small gigs turned slightly bigger, and at just 17, Sloss performed at Edinburgh Festival Fringe, which is a legendary comic festival where many budding talents get their start. Soon after that, he became the youngest person to perform his own solo season at the Soho Theater in London, also at 17. So, things went smoothly for Sloss over in the U.K. But we all know the jump across the Pond into the consciousness of America is a tricky one. Daniel Sloss made his jump with the help of Conan O’Brien, who first featured him as a stand-up performer in 2013.

Conan O’Brien has been something of a mentor to Sloss; Sloss has performed stand-up on Conan more times than any other comedian -- ever. Eight times, to be exact. Conan is one of the executive producers of “Daniel Sloss: Live Shows”, a two-show special you can watch on Netflix now. The first one, “Dark”, takes a Nanette-style turn towards the end and gets, well, dark. Without any warning, Sloss starts to talk about a very difficult time in his life. I won’t give away too much, but just expect to be confronted with emotional subjects and forced to question the correct way to handle our reactions.

Now, to what everyone’s been talking about -- his second show available is called “Jigsaw”. In it, Sloss spends about 20 minutes not really saying anything funny. If you’re single, it will hopefully feel like 20 minutes of validation. It’s this bit that’s supposedly responsible for all these break-ups. “Jigsaw” is named after a metaphor his dad used to describe the meaning of life. Everything about us is a different piece of the puzzle, and our partner is in the middle, completing us. Daniel Sloss sees an issue with this metaphor. He implores the audience to think about whether they’ve been told the same thing, that someone else is supposed to make you whole. Then he asks if the person in your life really fits into your jigsaw puzzle, or if you’re forcing them to fit by shaving away other parts of yourself to complete what you consider an empty space… Cue the breakups. Even though I’ve given an overview of what he says, there’s so much more material in this show, especially in this 20-minute section, that’s worth seeing. I’ve barely scratched the surface.

There is good news though -- Daniel says that he’s probably gotten more messages from people who have told him that “Jigsaw” made them realize how much they love their partner than he has break-up messages. He often hears how he helped people to realize that they’ve found the perfect fit. He just doesn’t talk about those people because “they’re not funny.” This is to be expected from someone with this tattoo: