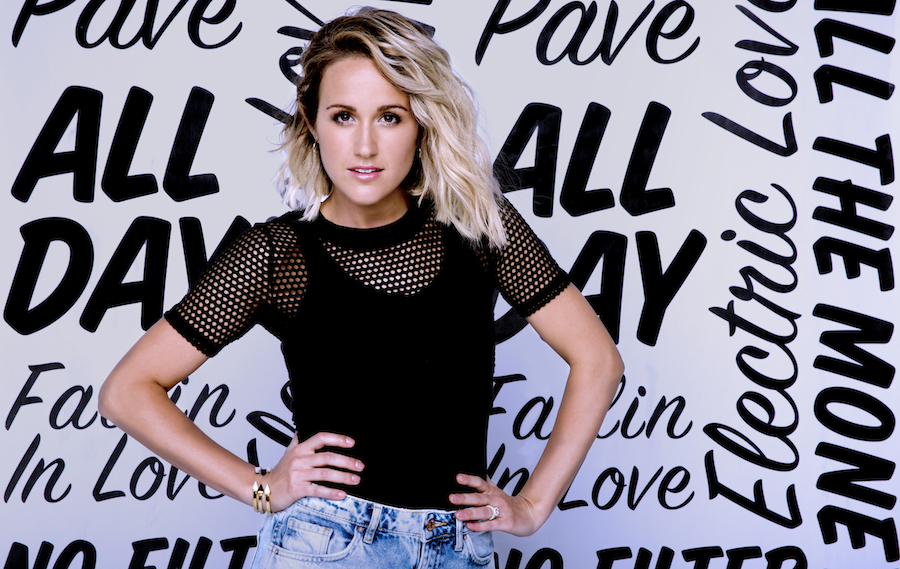 She shocked the world 4 years ago with her hit single "Gold", and now Britt Nicole is about to take over again with her self-titled 4th studio album.

Since her last studio album was released in 2012, this North Carolina sweetheart has gotten married and started a family of her own with two kids. We had the chance to chat with Britt, and she told us that this major change in her life is definitely reflected in the new album. While Britt maintains the same pop vibes and positive messages, she mentioned that this record is more mature and really shows her growth as an artist.

The Grammy-nominated singer is motivated to connect with her fans through her music, and finds that music is a “powerful tool to help people get through their hard times”, as it has helped her deal with her own struggles.

You can get inspired by her well-known catchy single, "Gold", which talks about loving yourself despite having flaws. It’s easy to be moved by her words and attitude towards helping young people on their journey to self-acceptance.

Britt told us that there was a lot of love written into this album, since her husband and family were very involved in its creation. She said herself, “the power in this album came when people worked together,” and it surely shows. This album has the perfect amount of dance ballads and empowering content.
You all are in luck because Britt Nicoledropped TODAY (October 7) and you can get a taste of what I’m talking about by giving this album a listen and the credit it deserves. Who knows, maybe another Grammy nomination is on the horizon!
Be sure to keep up with Britt on Facebook, Twitter, and Instagram!