Past Meets Present In The CW's "Frequency"! 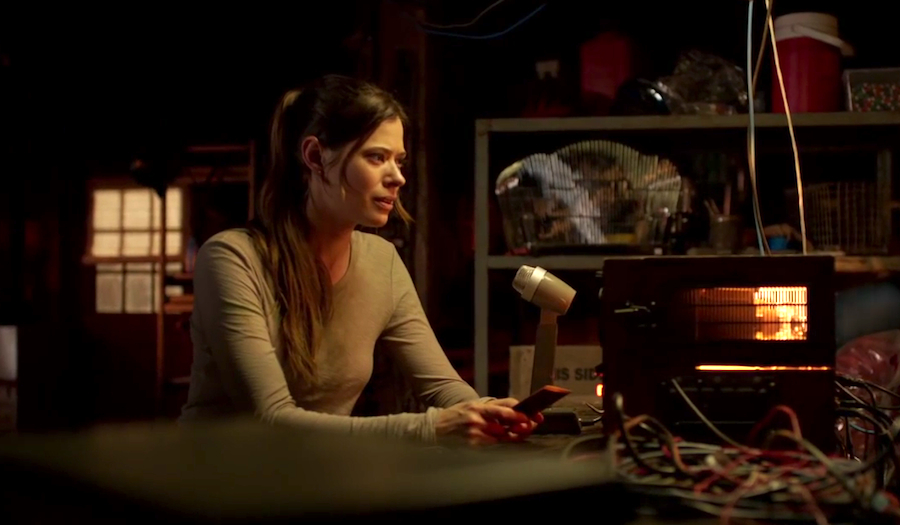 The series premiere of the new CW drama “Frequency” started off strong as the past met the present. In the pilot, which aired last night (October 5), we learned a lot about the characters and just how much they can change history in the matter of minutes.

The new series is based on the 2000 film Frequency, starring Dennis Quaid and Jim Caviezel. The show follows Raimy Sullivan (Peyton List), a detective who wants to be nothing like her father Frank, who, In 1996, worked for the NYPD and left his wife and daughter after going undercover when Raimy was just 8 years old. Unfortunately, Frank turned rogue and was killed. Twenty years later, Raimy hears her father's voice on a broken ham radio in her garage. As they rewrite the past, they realize it comes at a price for the future...

In the premiere episode, much of the focus is placed on Raimy and Frank Sullivan, who are a match made in heaven on screen. Even though the two are almost identical in age, they are playing from two different time periods. You can still feel a sense of innocence from Raimy and authority from Frank as the two communicate across a 20-year time gap. You are immediately drawn to their father-daughter bond and it will make you want to tune in for more. If you are a sucker for time jumps or flashbacks, you’ll love everything this show has to offer.

Mekhi Phifer also stars as Satch Rayna, who works alongside both Frank and Raimy in the police force. The cast says that, even though the show is based around the idea of the past and the present, the core of it is based around family and human interactions. Peyton explained, “The sci-fi elements of the show are really going to disrupt what they value in their families, even though they are trying desperately to repair it.”

Intrigued yet? Then don’t forget to watch Wednesdays at 9/8c on the CW! In the meantime, be sure to catch our chat with the cast at Comic-Con in the latest episode of "Young Hollywood On The Go"!

What was YOUR favorite part of the "Frequency" premiere?