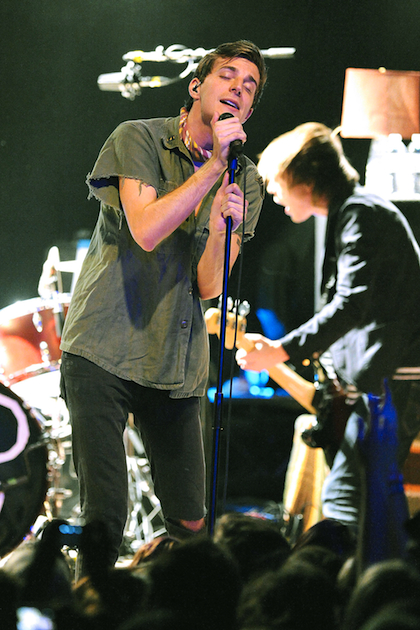 It’s nice to see a band that, despite their popularity and success, still remains humble and true not only to who they are but also to their music and their love for their fans. The Maine is a perfect example of this. Even with an impressive repertoire of albums and hit singles, they refuse to abandon the thought that music and people come first, and thusly are good role models not only for aspiring musicians but good people in general.

Formed in Tempe, Arizona, in 2007, The Maine consists of current members Kennedy Brock, Pat Kirch, Jared Monaco, Garrett Nickelsen, and frontman John O’Callaghan. Even if you don’t think you would like the type of music these guys do, just give their stuff a listen, and you’ll find yourself rocking your head up and down to the punk/pop/alt hybrid that is The Maine, because no matter how hard you deny it, there’s always a little rock star in all of us, and these five dudes from college-town AZ are sure to bring it out of you.

After signing their record deal with Fearless Records back in ’07, they released their The Way We Talk EP to a whirlwind of fans wanting more and more of their stuff. They followed that the next year with the full studio album Can’t Stop, Won’t Stop, and just like the title indicated, they have been on fire ever since, amassing hordes of fans (both stateside and internationally) on the indie scene that would rival even the biggest mainstream stars of today.

For newbies to The Maine, might we suggest something along the lines of “Inside of You” and “Into Your Arms” to get you started and into their craft, before graduating into more of their current stuff, like the hits “These Four Words” and “Love & Drugs”:

Although enjoying tons of success already, The Maine are on the verge of more career breakthroughs with the release of their 2013 album Forever Halloween and the acoustic EP Imaginary Numbers. Fresh off a Manila trip, that included a massive crowd and huge charity work, this rocking fivesome is now ready to embark on another nationwide tour to remind everyone what it means to be an artist in this day and age. This tour, and this band, are something special that you surely won’t want to miss!