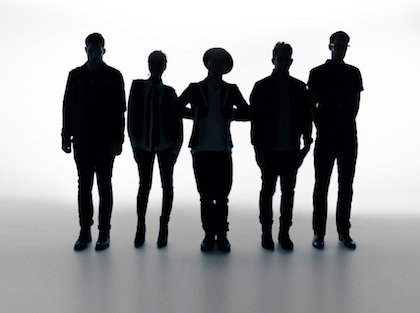 Jordy Towers (singer/lyrics), Matt Gibson (guitar), Ben Schigel (drums), Sarah Dyer (percussion/back-up vocals) and Steve Basil (keyboard) are all individually skilled artists, but when they come together, they form the wonderfully creative and talented band, SomeKindaWonderful. Only meeting each other a little over a year ago in Ohio, this fresh group has already made an impact in the music scene. If you’ve turned on the radio in the past couple of months, then chances are you have heard their first hit single, “Reverse”. The combination of rock and roll, R&B, and soul make it difficult to pinpoint their sound into one category, but that is exactly what makes them so unique and is what sets them apart from the rest of the artists today.

YH was fortunate enough to interview SomeKindaWonderful earlier this year, around the same time they released their debut single. As time carries on, they continue to hit the nation by storm as “Reverse” unceasingly climbs in the charts. Also, this month they released the official music video for this successful single, directed by Marc Klasfeld, Nima Nasseri, and s77. Watching this video is like taking a breath of fresh air. It shows the unlimited amount of creativity and artistic vision that this band truly comprises. This inventive and unconventional approach should be an inspiration to all of the other artists to bring back the art in music videos.

If the success of this single doesn’t fully convince you of the longevity SomeKindaWonderful will have in their music careers, then I highly suggest that you go see them perform live on their national tour to remove any, if all, doubt. If you live in Los Angeles, you can purchase tickets to see them live on November 1 at the Fonda Theatre.