8 of Hollywood's Most Cost-Conscious Celebs! 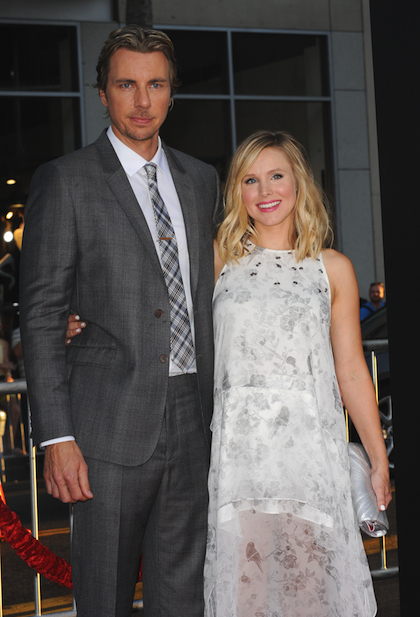 The general public is used to seeing celebs blow tons of cash on nice rides, giant homes, and a million other things they don’t seem to always need.  But the ones who don’t over spend seem to go underneath the radar.

Kristen Bell
Being the lead character of Disney’s animated film Frozen and with an estimated net worth of $16 million, you wouldn’t expect her to be so frugal. Yet she and husband Dax Shepard spent a total of -- wait for it -- $142 dollars on their wedding, and that includes the gas to drive to their local courthouse. Kristen’s penny-pinching ways doesn’t stop there either. With more than plenty of enough money to wear high-end designer dresses on the red carpet, she chooses not to. Once, she even wore a $45 dress from Target. She told Conan O’Brien that she is very frugal and uses lots coupons.

Former "Tonight Show" host Jay Leno has always had a knack for saving his pennies. When he was younger, he worked two jobs -- one for saving and one for living expenses. He continued this practice in his adult life by not touching a single penny of his "Tonight Show" income once and living primarily off his stand-up comedy earnings. The only thing not-so-frugal about Leno is his exotic car collection. Hey, you got to do something flashy once in awhile, right?

Hunger Games actress Jennifer Lawrence likes to do her own shopping and clips coupons as opposed to having a personal shopper do it for her. This penny-pincher also lives in the same apartment that she first lived in when she first moved to Los Angeles.

Vincent Karthesier
The "Mad Men" star claims he doesn’t make a lot of money, and though we know he has to make more than us regular folk, his claim to not having a lot is likely why he lives so frugal. Karthesier lives in Hollywood in a tiny 580 square foot bungalow — in 2010, he had no bathroom. This celeb doesn’t drive a car either.  He takes public transportation, saying, “Instead of driving and being stressed out in traffic, you can work on your scene, you can do your exercises or whatever on the bus.”

Actress Sarah Michelle Gellar gets her frugal way of living from her upbringing in a single parent household that had to be on a tight budget after her father left. Although she is worth a cool $15 million, she always looks for sale items and clips coupons  She doesn’t believe in paying more when you can pay less!

The former Beatles star is so tight with his wallet that his daughter, Stella McCartney, called him a “tight bastard.” Why? Because the $820 million singer didn’t want to pay for her college tuition unless she went to an affordable state school. He also made guests pay for their own drinks at his birthday party held by his former wife, Heather Mills.

You've no doubt seen all the paparazzi shots of Leo on some yacht in the Mediterranean with ant number of supermodels. And who would be surprised? As one of Hollywood’s top actors from hit films like Titanic, Django Unchained, and Wolf of Wall Street, we would expect this guy to have tons of cars and spend lots of money. But the most expensive purchase this A-list celeb has ever made was an island for $2.5 million. Now, granted, it is an island, but the man only drives one ca r-- a Toyota Prius at that. DiCaprio has even stated that the reason he wants to make a lot of money is because it allows more freedom as an actor, and he wants enough money to do something great for children and the environment.

The famous supermodel, TV producer, and host with a net worth of $90 million is probably one of the most economical celebrities in America. Queen of smart spending, she doesn’t care about designer trends and wears simple clothes. Ms Banks likes to stockpile on soaps and shampoos from hotels too and bring them back home to use. Not big on gadgets, she keeps a notebook instead of a Blackberry or iPhone to keep track of her life. She uses different color tabs for new people and projects and takes the notebook wherever she goes.

How do YOU save money and keep frugal?