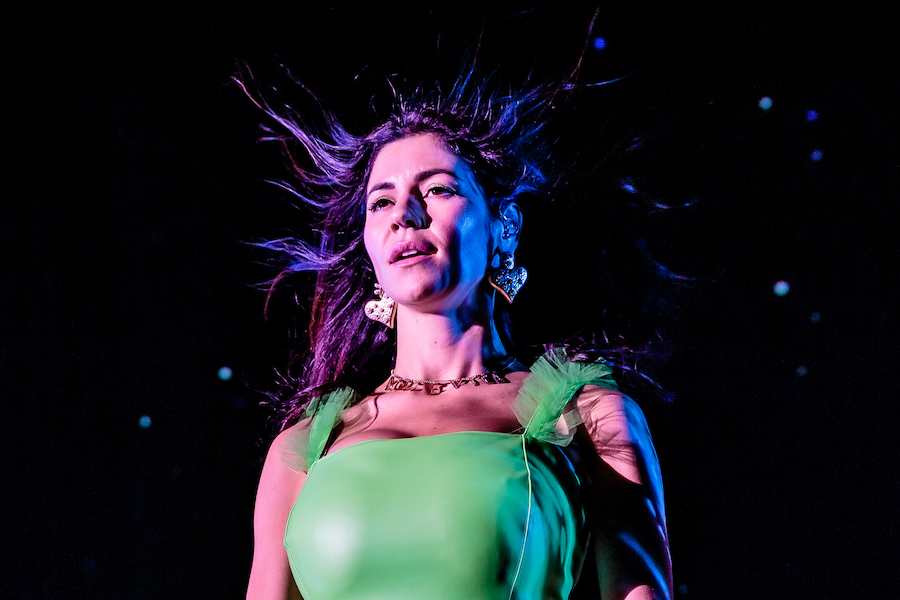 If you haven’t heard about Welsh pop singer Marina Diamandis—formerly known as Marina and the Diamonds—you are missing out on great music. The singer has been in the music industry for almost a decade and is not slowing down. Marina broke into the music scene with her debut album, Family Jewels, and continued to bring great music through her alter ego, Electra Heart, with her sophomore album of the same name. The songstress took fans to a frooty dreamland with her third album, Froot.

In 2019, the singer dropped “and the Diamonds” from her stage name to kickstart a new era of her artistic identity. The name change allowed Marina to explore her music style at her own pace. As a result, she released her fourth album, LOVE + FEAR, which showcased both sides of her work; the radiant pop through love and the darker material through fear.

Last Summer, Diamandis tweeted out about wanting to find female creatives to collaborate with on her next project; her goal was to tell a story that only women can tell. By November, Marina released the track “Man’s World”, a feminist pop anthem with the Welsh artist singing, “I don’t wanna live in a man’s world...” The track also references moments in history where women were subjected to persecution throughout history with lyrics like, “Burnt me at the stake, you thought I was a witch / Centuries ago, now you just call me a bitch...” The music video was brought to life by female creatives depicting a world with ethereal and empowered women.

In April, Marina dropped a new track for her fans to indulge in, “Purge the Poison”. The retro-pop-inspired track calls out society and humanity in times like these, singing, “Need to purge the poison from our system / Until human beings listen...” Accompanying the single, Marina released a music video filled with nostalgia reminiscent of her old eras.

Her latest singe is "Ancient Dreams in a Modern Land", and, following the release of “Purge the Poison,” the singer announced her fifth studio album of the same name, expected to be released on June 11. She is also putting on a live digital concert in mid-June, which you can check out here. So please do yourself a favor and give Marina’s music a listen. You won’t regret it!