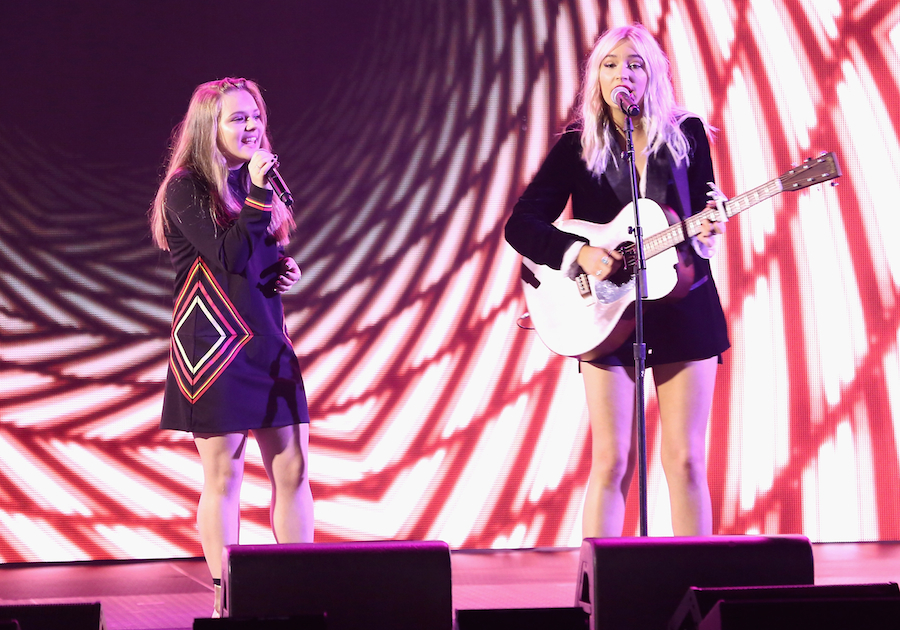 Sometimes, being a successful singer and songwriter can be very tiresome, demanding, and lonely. Other times, being part of a music group or having a partner through it all can make it just a tad bit easier to handle. However, the best way to cure any type of bad vibes is having your family with you for moral support. Well, it looks like sisters Lennon and Maisy Stella have this concept down and are not only taking over the music world with their incredibly natural and sweet sounding two-part harmonies, but also through their performances on their hit show “Nashville”. From their on-screen bickering as Daphne and Maddie, to their unique sound on each song cover, they're truly taking the bull by the horns and setting up for success!

It all started when Maisy auditioned for the role of Daphne 2011. Having gotten extremely far in the audition process, the producers found out about Lennon, and just like that, the two were cast as the daughters of Connie Britton's character, Rayna James, in the hit series. Due to some requirements behind the scenes to boost their publicity, the two posted a cover on YouTube of them singing Robyn’s “Call Your Girlfriend”. The video went viral and that alone kicked off their careers and the sisterhood of the traveling harmonies.

Due to their musical gifts, their awesome harmonies were incorporated into the show and they were able to perform some really powerful music with strong messages, all whilst putting on a bit of a country accent! As far as covers go, they were able to cover theLumineers’ “Ho Hey” and their “Call your girlfriend” cover earned approximately 29 million views. They have also covered “That's What's Up” by The Magnetic Zeros and “Boom Clap” by Charli XCX, earning a combined 26 million views on YouTube. Now that's what's up!

These two sisters are making history on the daily, and the coolest thing is that they get to do it together and not have to worry about being alone. Their family is so musically gifted that they even perform with their parents, a.k.a The Stellas, and it may very well be the most musical family the world have ever seen. Their young souls resonate with so many young fans and they are truly embracing the opportunity as best as they can. Keep on keeping on, girls!