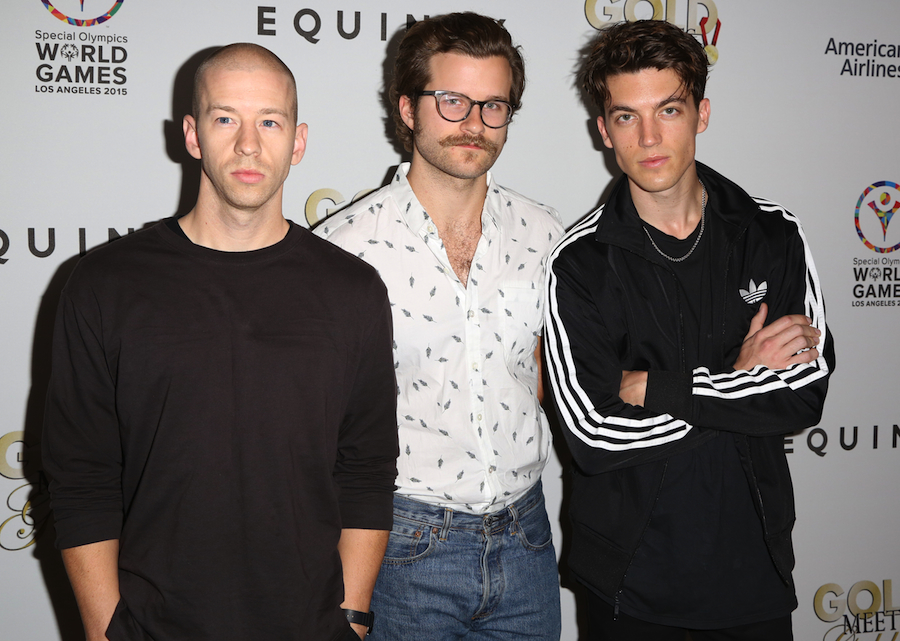 For anyone who is unfamiliar with alt-pop band LANY, these guys had arguably the music scene’s biggest breakthrough performance this year.

After their hit single “ILYSB” garnered massive attention and radio play last year, the boys are back with a debut album, more good vibes, and the fan following to really harness their claim to fame. LANY (pronounced "Lay-Nee") came up with their name while dreaming of the vast area of land, space, and people from Los Angeles to New York; so it seems fitting that their sudden bolt to stardom has created a recognizable and popular name for the band everywhere in and beyond that L.A.-to-NY span.

Released this summer, their debut self-titled album features 16 tracks. Fans can hear their popular breakout song “ILYSB” and newer singles like “Good Girls” and “Super Far”. The album plays to the sound of romance, breakups, good times, and the glow of the California sun. Their sound is dependent on pop-synth and personal experience, which provides a unique take on the alternative music genre.

Paul Klein, Les Priest, and Jake Clifford make up the L.A.-based group who originally met in Nashville where they were all working separately toward a career in the music industry. Starting their collaboration as friends meant just working together, goofing around, and helping each other out with their own sound until they really started to develop and notice a spectacular vibe when they all meshed together. I’d say they really hit the jackpot!

Prior to their new album, LANY released three separate EPs, all of which helped establish their sound, create a place for their music, and grow their fan base. Their second EP, Make Out, featured some of their most notable tracks (“Bad Bad Bad”, “Made in Hollywood”) that could be heard during their opening act performances for names like Ellie Goulding, Halsey, and X Ambassadors. The big time shows don’t stop there -- the band announced earlier this year that they would be opening a few stadium-sized shows for John Mayer’s The Search For Everything Tour later this year. With that and their near-one million Twitter followers, it’s safe to say that LANY has what it takes to make it to the big leagues in this industry.

LANY is currently gearing up for international tour dates through August followed by a U.S. tour starting in September. Follow LANY for music updates, tour news, and more on Facebook, Instagram, and Twitter, and be sure to check them out on our most recent episode of "Backstage Diaries"!