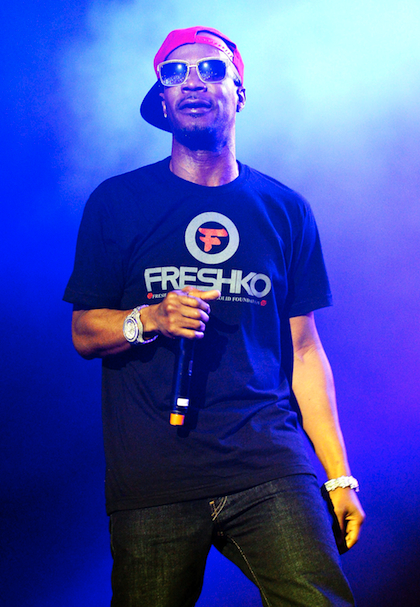 If the first thing you say to yourself when you see a Juicy J video is, “I think I’ve seen this guy before…”, then you are not only right, but you are also more of a fan of the rapper than you may know.

Aside from being at the forefront at this new “ratchet trap music” trend in hip-hop, alongside other people like Trinidad James and Ace Hood, Juicy J is a founding member of the Southern rap collaborative Three 6 Mafia, has an Oscar, and is known for his trademark grill and outrageous rhymes.

Born Jordan Houston in Memphis, Tennessee, Juicy J had his start in the rap game in 1991, when he founded the aforementioned Three 6 Mafia with two of his buddies. His success with the group lasted for a good 18 years, until 2009 when he decided to go his own route for himself and his music.

Part of Wiz Khalifa’s Taylor Gang record label, Juicy J has been working hardly on his own solo songs, and that culminated to the 2012 hit “Bandz a Make Her Dance”, off of his most recent studio album, Stay Trippy.

Although there are a lot of critics out there who are ready to judge the quality of some of Juicy J’s material, there is no question he is very much a sought after for other popular artists nowadays, and he knows what he’s good at and how to do it.

Some of those hitmakers he’s already worked with include Justin Bieber, Katy Perry, and the girl of the moment Miley Cyrus.

Where the future of trap music goes, one is not really sure, but what we are sure of is that if he’s been around this long, Juicy J will surely be there to be a part of it. Twerking and all.