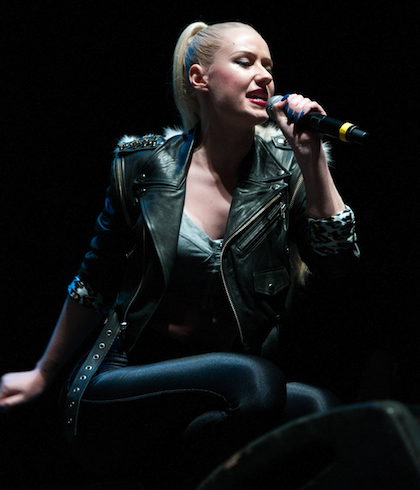 Since its early development in the '70s, hip-hop has primarily been a male-dominated field of music. Although some seriously amazing music has emerged from the male-dominated genre, it is always refreshing to see a woman, and a fierce one at that, create music that can rival that of today’s big boys of rap.

Currently signed to the iconic Island Def Jam record label, Australian-born rapper and part-time Wilhelmina Model Iggy Azalea is one of the biggest new things in the world of hip-hop right now.

To say Azalea is fierce would simply be an understatement. But the blonde bombshell is more than just her stunning looks, especially since her music is currently putting her on the map.

The proud Aussie moved to America to pursue her career, and after a few stints in places like Miami, Houston, and Atlanta, she made her way to Los Angeles where she first garnered attention after uploading some of her first music videos to YouTube, including “My World”.

With two mixtapes and an EP under her belt, some of Iggy’s more popular hits include “Bounce”, “Murda Bizness” (featuring Atlanta-favorite T.I.), and a personal favorite of many of her fans, “Work”.

Known for her trademark high ponytail and matching fashion sense, we absolutely love how Azalea can deliver such hard and gritty raps all while looking absolutely fabulous. Be on the lookout for her debut album, The New Classic, which should be completed no later by the end of the year.